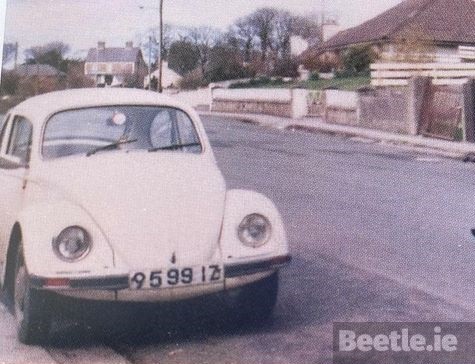 Declan Langton sent in some photos recently that he got from his friend whose father only ever drove Beetles. All of Bob’s Beetles were bought from and traded back in with McAndrew’s VW dealership in Ballina, County Mayo with the exception of GIS 463.

9599 IZ was a February 1976 Beetle that was assembled in Dublin. The 1200 Beetle Deluxe was finished in Atlas White (L91Z) and would only have been a few years old when this photo was taken. We’re not sure how many Beetles Bob drove in his lifetime but he started with Split Window Beetles so our guess is he drove quite a few Beetles! Sadly we don’t have photos of them all but it’s nice to have photos of three of his VWs.