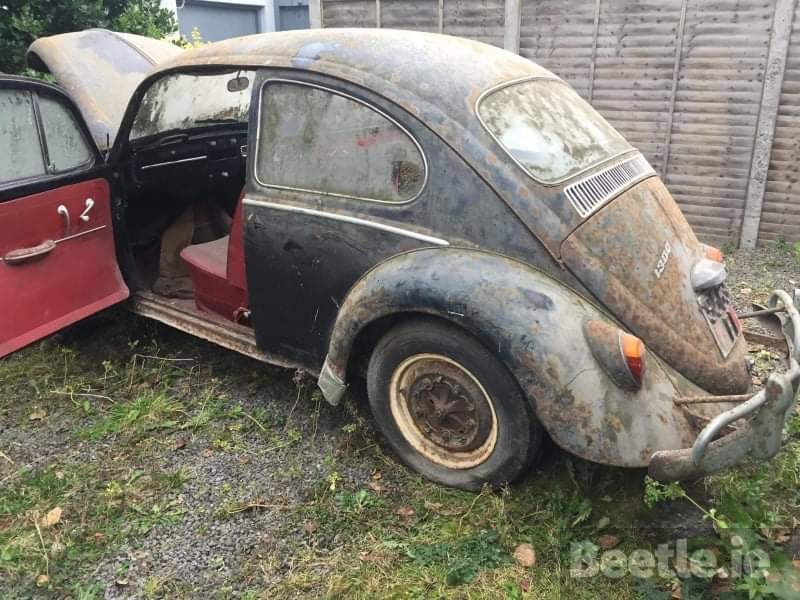 It’s not every day that you come across an untouched 1966 Beetle but Tommy Walsh from Kerry managed to bag himself this beauty just recently. The Beetle is a 1300 Beetle Deluxe in Black (L41) with red interior including red rubber floor mats which is an unusual specification here in Ireland but not so in the UK which is where it was imported from. The Beetle left the UK in late 1979 and made its way to Ireland. Its final destination was Tipperary North and that’s where it was registered in January 1980.

In the early 1990s, the late George Campbell, he of Camvolks fame, was working on the Beetle for its owner but sadly George passed away suddenly. The owner collected the Beetle and brought it home, where it sat for almost 15 years. Ironically, George’s son bought the Beetle a number of years ago with the intention of restoring it because it was the last Beetle his dad had worked on. The idea was to retain as much of the original paint as possible but young Master Campbell has since sold this Beetle as he has found another VW that he would prefer to restore and that’s where Tommy comes into the picture as he is now the new owner of this well travelled Beetle.

Every old Volkswagen has a story and that’s why the end goal of Beetle.ie is to create a book on Volkswagen in Ireland the stories behind the cars and the owners.