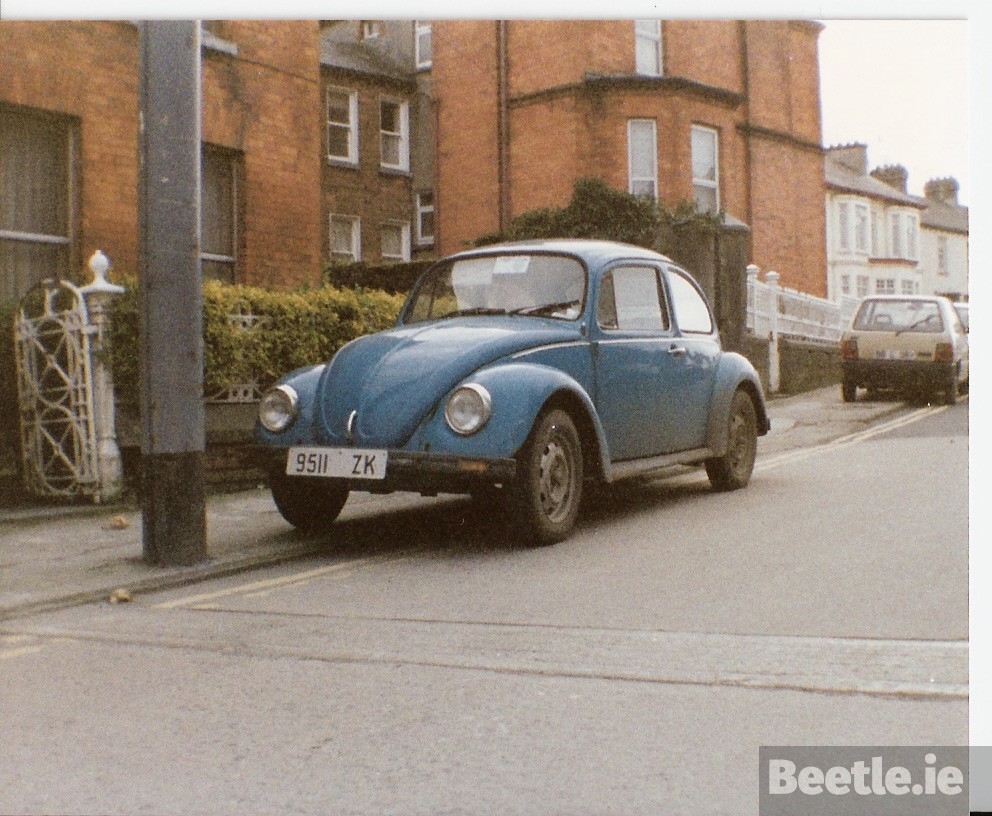 The majority of the last Beetles built in Ireland were Standard models or Base models. Simply stated they were as minimal as you could get. The door cards were plain cards with a very light vinyl covering, no door pockets and a basic ‘does what it says on the tin’ grab handle. The headlining was short and there was not much in the way of sound deadening. The steering wheel was a simple two-spoke affair with no safety padding. No crescent vents on the rear quarters, black bumpers, trimless window rubbers and no hubcaps. This was in no uncertain terms, a base model. It did serve a purpose in giving people the chance to buy a Beetle for less than the Deluxe model and helped VW clear much of its supply of parts.

9511ZK is one such example of the breed and it was very well used by the time this photo was taken on Henry Street in limerick in 1990. The body was dented but surprisingly it was pretty much rust free so we can only assume that this battered Bug was stored inside a shed when not in use which may have saved the body from rust. What happened to it? Who knows but it hasn’t been seen since although it was still on the road after 1993 so perhaps this poor Base model Beetle was saved.