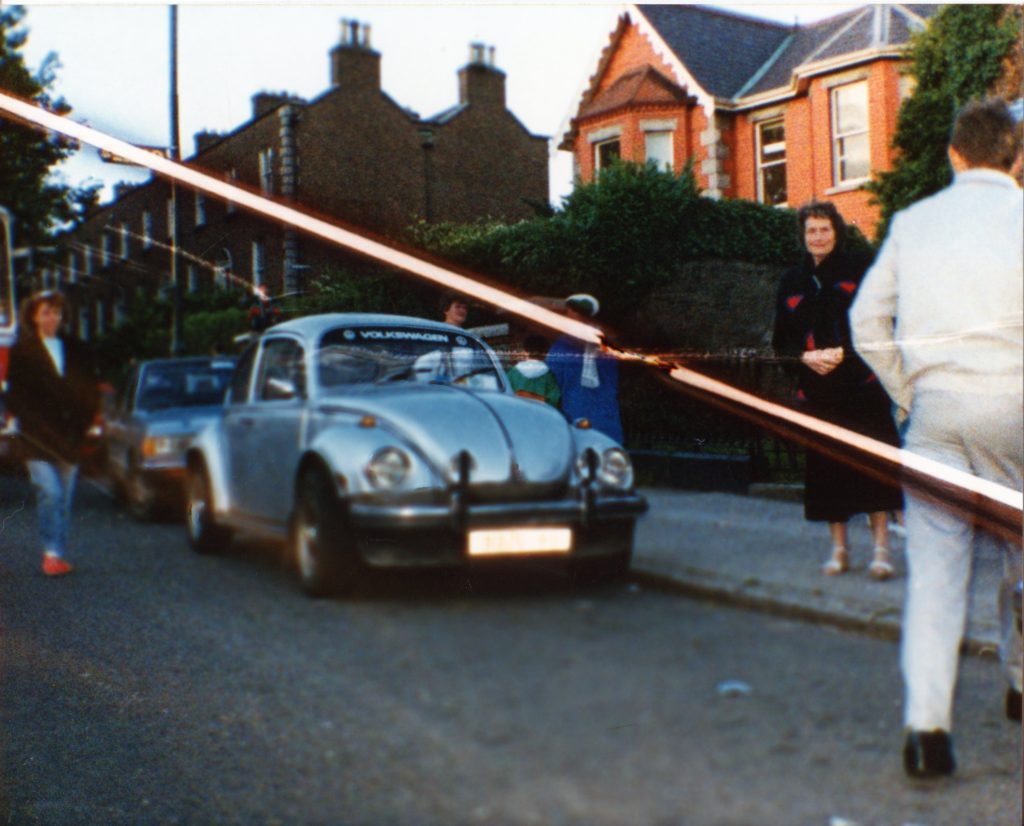 Anyone who calls themselves a soccer fan will remember Italia ’90 and if you do, you will definitely remember the homecoming in July. The Irish team were paraded in from Dublin Airport on an open top bus to a civic reception in the city centre. It was a massive event and drew tens of thousands of screaming and adoring fans. We were in Glasnevin and the streets were lined ten deep, with everyone’s attention being focussed on the imminent arrival of this very special double decker bus, everyone except myself and my cousin Aidan that is! We were always on the lookout for old VWs and while walking to a vantage point with my cousins and my aunt we spotted this 1971 1302LS so I had to grab a snap. Ok, my camera may not have been the best, in fact it was rubbish but I was only a young teenager so hand-me-downs also extended to old cameras too.

As bad as the photo quality is, I am happy that I was able to capture this rare 1302LS before it was no doubt put out to pasture, as happened with many of these limited run Beetles.

Registered in Dublin back in February 1971, this 1600cc Silver Metallic (L96D) Beetle had seen some modifications and accessories since it was imported by MDL as a complete car in January 1971. The original 1600cc engine had given up the ghost and in its place was a 1200cc engine.

The steel wheels have been replaced with a set of Wolfrace Alloys. To add to the sportier look the owner then fitted spotlights, a colour coded Kamei engine vent cover, a Kamei front spoiler and the rear vent trim was black. The ‘Volkswagen’ script vinyl sun visor is a real throwback to the 1980s.

At some point the 1302LS had received some bodywork and during that time the rear wings were replaced with a later, post ’73 set, with the Elephant’s Feet rear lights as they became known. The worrying sign that rust may have been hidden underneath was the line of black stonechip paint around the bottom of the front and rear wings and even the bonnet.