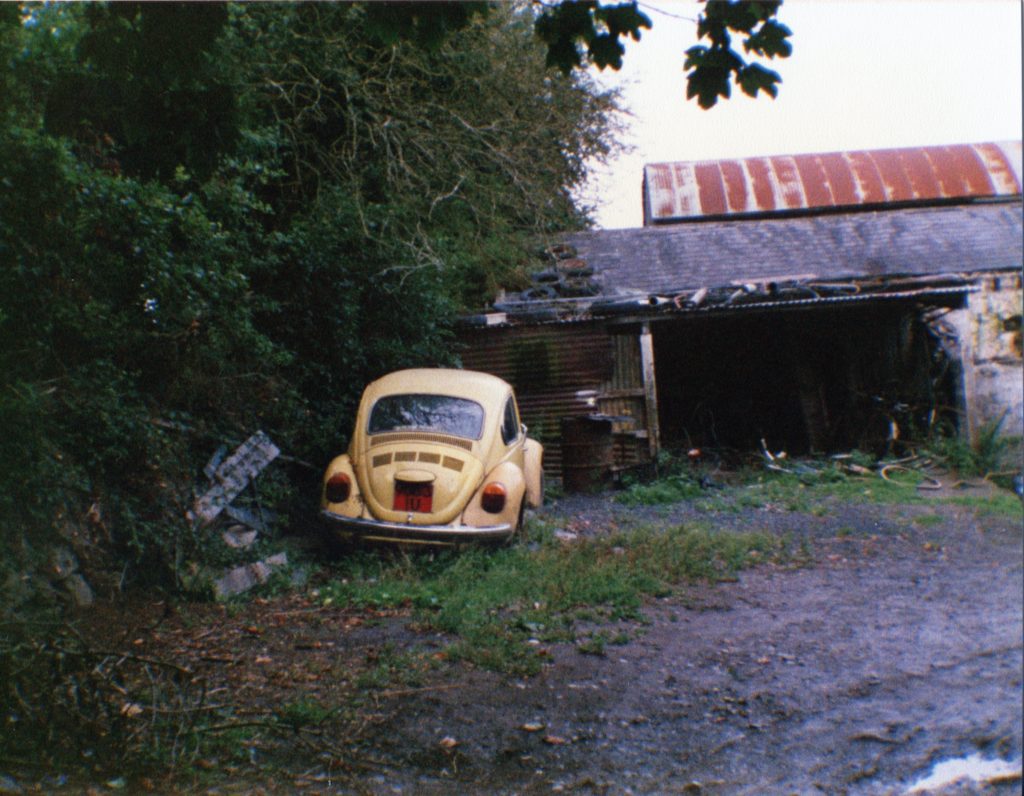 9063 IU was one of a number of ‘parked’ Beetles in a farm in Bohermore, County Limerick. I say parked because, as was so often the case, farmers all over the country would ‘park’ a Beetle when it was absolutely no longer possible to keep it on the road but it was too good to scrap as it would then transfer to a parts donor for the next Beetle. This would go on for years and often a newer Beetle could be replaced by an older Beetle but one in far better condition. The end result was that a farmer could have any amount of vintage VW metal parked around their farm, providing essential replacement parts when needed and once they could no longer do that, they became great ditch fillers! Why repair the gap in the ditch when you can shove a Beetle in there!

9063 IU was one such Beetle. The Texas Yellow (L10B) was assembled in Dublin and sold in Limerick. It was sold and registered to a County Limerick owner in 1975 and the original 1300cc engine powered this Beetle along the county Limerick roads for many years. When I spotted 9063 IU in 1990 it had come to the end of its motoring life but the farmer was still finding and using Beetles daily so this Beetle, along with others on his land would become parts cars.