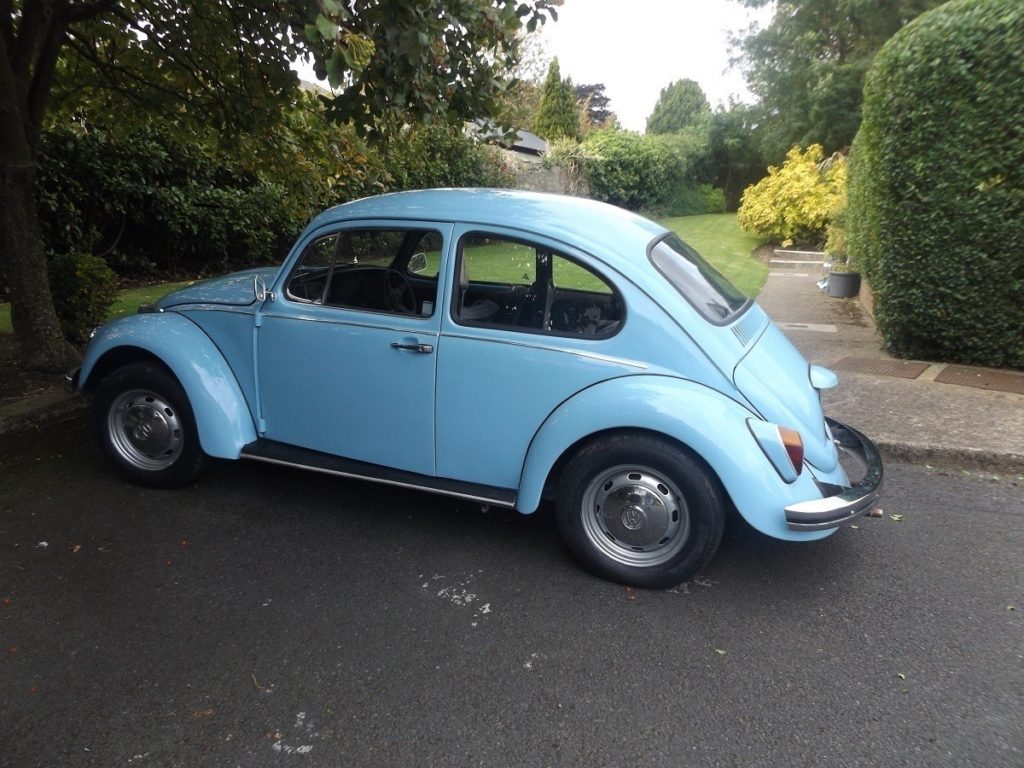 Edit: Beetle.ie – Kieran just contacted us to let us know that his Beetle was originally Niagara Blue but he wasn’t overly keen on that shade of blue so when he restored it he opted for Florida Blue which is more often found on later US spec Beetles. That’ll teach me to assume it’s the same shade of blue it left the factory with! Florida Blue is a gorgeous shade of blue especially in the sunshine. Great choice Kieran.

Thanks for submitting your Beetle. We love that you’ve kept the original look. Beetle.ie