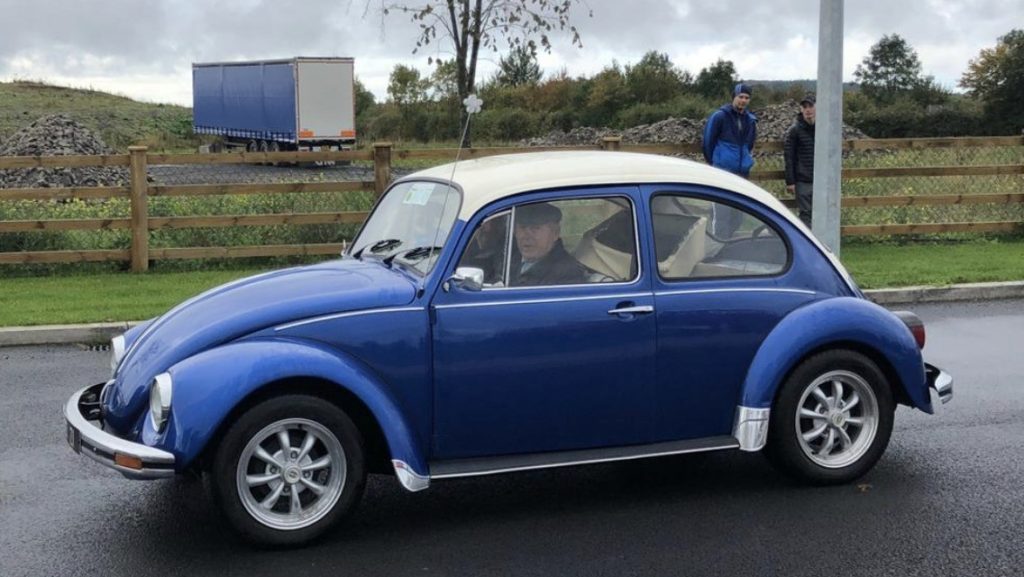 This is my sister’s Beetle. It’s a 1200 Dublin car and came through Emilio’s Beetles, restored by a father for his daughter to drive. My sister came to own it when she received it as a birthday gift from her fiancé (now husband).
The Beetle got summer use and came out for local car runs over the past 10 years and even starred in a Michael English video shot at the Fishermans Inn near Ballybrittas, Co Laois.

The commitments of having a very young family has seen the Beetle’s road trips become less frequent but it will hopefully be back in full flight in the near future.

Thanks for submitting John. The Beetle looks great. From our research, we can tell you that your sister’s Beetle was originally Sahara Beige back in 1973. Hopefully we’ll see it out and about again soon!

UPDATE 16-10-19: Thanks to Liam for the latest photograph and for this comment which we love! “Our baby .. not for sale” You can’t say better than that Liam. Thanks for submitting.