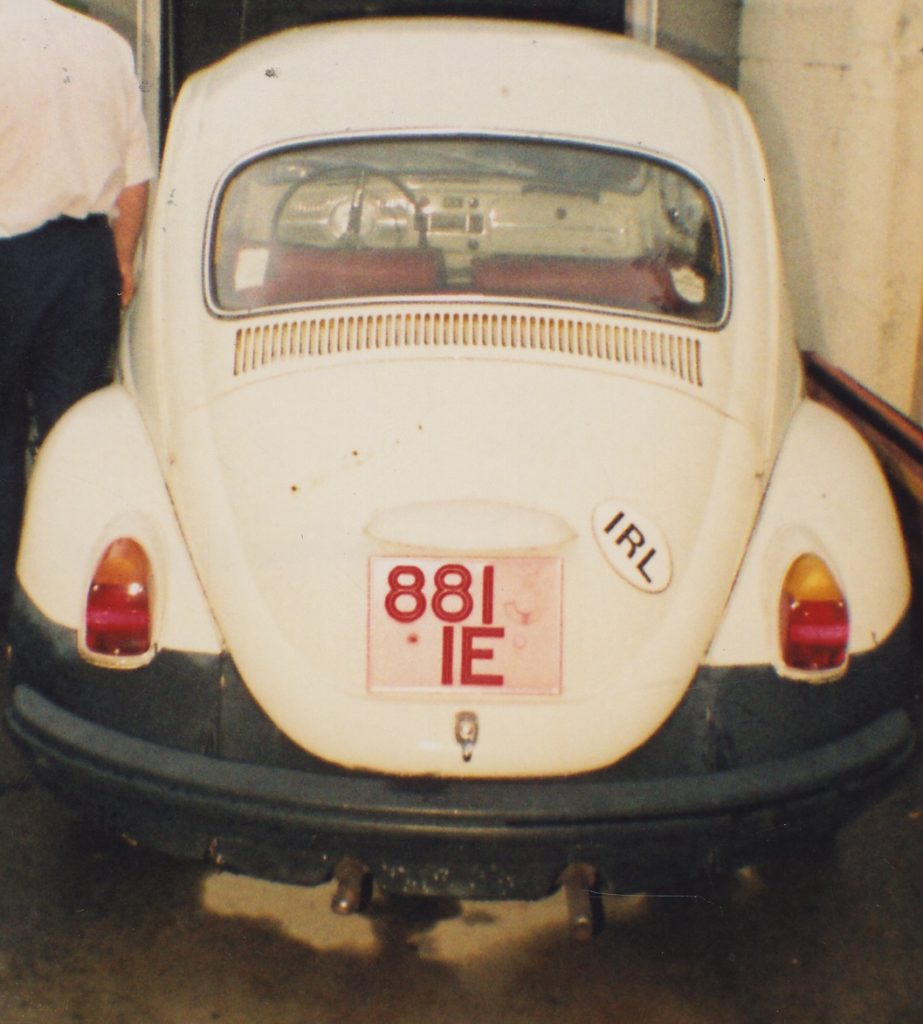 I don’t know too much about this 1971 Pastel White (L90D) 1300cc Beetle other than it was owned by the late great Mattie O’Sullivan for a period. It had been imported into County Clare at some point in the mid 1970s, the exact date is unclear. We’re not sure how long it was driving around on its foreign number plates but what we do know is that it was registered in Ireland on May 8th 1978.

Where it ended up is a mystery but it was a very nice looking Beetle from what I remember. Having said that, it did have a healthy covering of stonechip along the bottom 12 inches of the body which is not really a great sign of what lay underneath.

Did an enthusiast get 8813IE or was it broken for parts? We don’t know so we’ll let the power of the internet work here and maybe someone out there will have the answer.