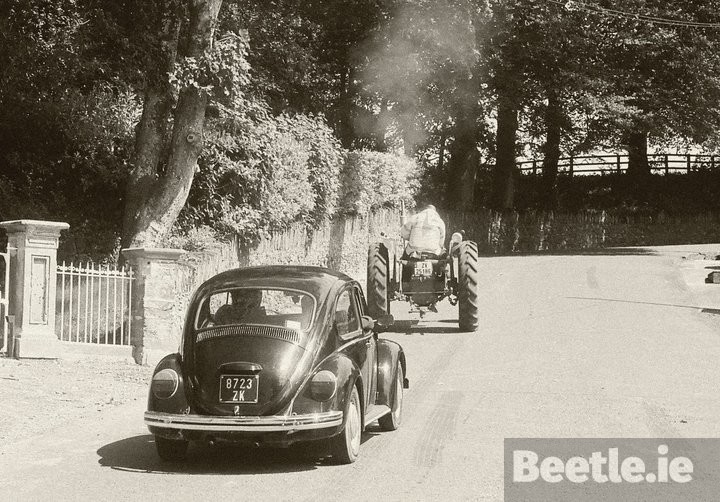 Here’s another 1977 Cork registered Beetle. 8723 ZK was snapped by Roger O’Sullivan on the Lissarda Tractor Run which was held in May 2007. The 1200 Beetle Deluxe may have lost some of its Deluxe sparkle but it’s showing all the signs of a well used Beetle and there’s something very cool about that. That’s what they were built for anyway!