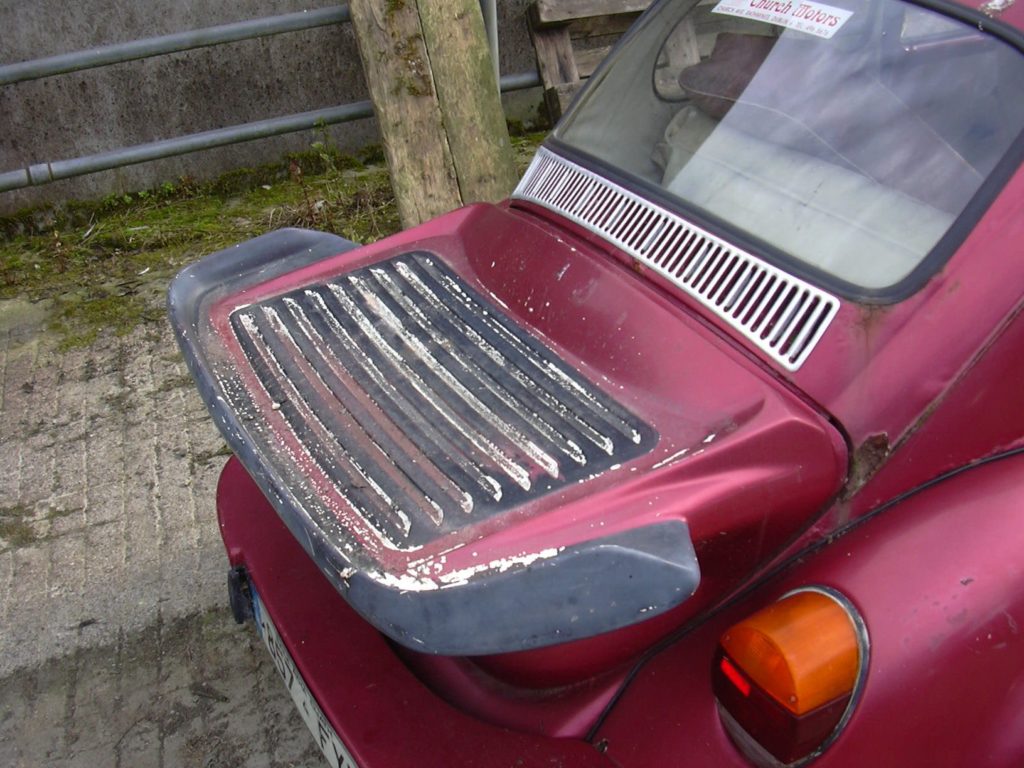 857 FYI was first registered in Dublin in June 1976. It’s a 1200 and the original colour was green. I don’t know anything about its early life but at some point (I’m assuming late eighties) it ended up at Beetlebiz in Dundrum for a full makeover including whale tail, fibreglass body kit & interior. The story goes that this beetle was given away as a prize on The Late Late Show but I have been unable to confirm this.

My brother owned this Beetle for a while about 25 years ago. I can’t remember him doing much with it other than replacing the engine. The engine was a reconditioned 1600 dual port engine (Rengee?) with only 10k miles on it and was plucked from a Bay Window camper that had been scrapped at a local breakers yard.

After a couple of years ownership my brother sold it to a local lad here in north Wexford. He left it sitting outside for about 10 years and the elements were not kind to it as is evident from the pictures. In 2010 I was on the lookout for an engine so I bought the complete car back off him.
These photos are from 2010 when I bought it back. There are other photos of it from the 1990s which I’ll add the once they surface.

The engine, wheels and fibreglass body kit are still here but I sold the car to a father and son team in Wicklow who intended restoring it. Looking back at the photos now you can see they had their work cut out for them.

Beetle.ie: This 1200 Beetle Deluxe was built in MDL’s Naas Road plant and was finished in Lofoten Green (L61H) before being delivered to Kenilworth Motors in early June 1976.