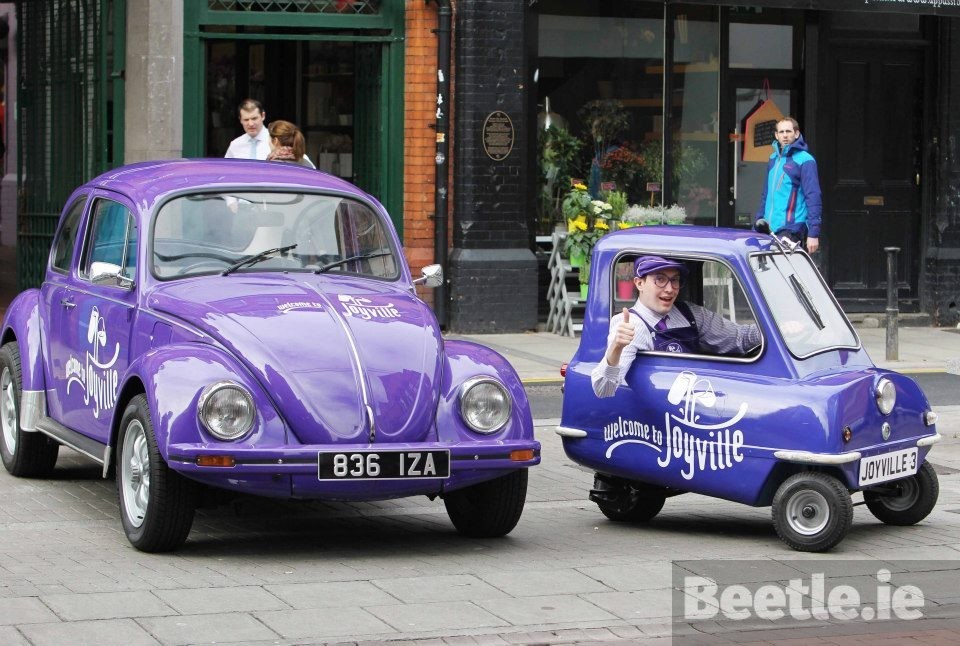 I bet when this Beetle was registered to its first owner in March 1977 they wouldn’t have dreamed it would still be going strong over 40 years later or that having been restored it would be adorned in Cadbury logos.
This beetle was restored by Emilio’s Beetles back in 1996 and was used by its owner for many years. In 2012 Emilio had the opportunity to buy this Beetle back which he did. At the same time Cadbury’s marketing team were about to launch a new campaign that needed impact. Now if you’re in marketing and you’re looking for impact then a Beetle is what you need. Cadbury enlisted Emilio’s Beetle to create the perfect canvas for their campaign. Emilio knew the perfect Beetle and so the restoration began, finishing with many coats of bright purple paint before the logos were applied. As you can see from the before photos when it was orange, it was in excellent condition before Emilio began the transformation.