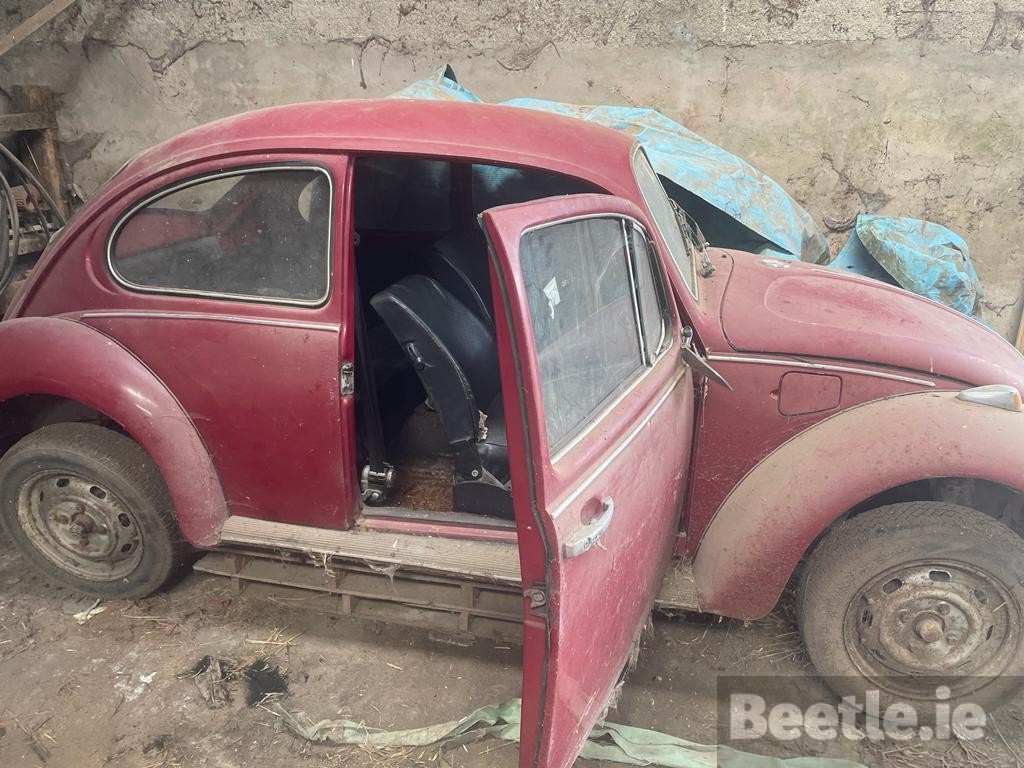 These pics of 8319 ZO were sent in recently by its current owner. He has owned it since he was 19 years old after buying it from its third owner who lived in Co. Offaly. That was back in 1999 though, when 8319 ZO was just 25 years old. He says he stopped driving his Beetle in the middle of 2005 and it has been in dry storage ever since. It looks to be well cared for without a hint of damp on it.

Beetle.ie can add a little to the story:

8319 ZO was sold through Europa Cars in Dublin and was delivered from MDL to Europa on 3-4-74.
It’s a 1200N model, which means it was equivalent (mechanically) to the “Deluxe” 1200L model but was a little more spartan in the interior than the 1200L. The biggest interior difference is the smaller headcloth. In the 1200N, it only covered the central rectangle of the ceiling, leaving the pillars exposed as painted metal. The other glaring difference was the fact that the rubber padding on the dashboard that was introduced for the 1973 model year was omitted, leaving the (arguably better looking!) painted metal dash exposed. The earlier-style 2-spoke steering wheel was also used instead of the “deluxe” spec 4-spoke steering wheel. There were some other minor differences too, all in the name of keeping the purchase price as low as possible.

There appears to be plenty of life left in 8319 ZO so hopefully it’ll be recommissioned soon and get many more miles under its fan belt after its long rest.