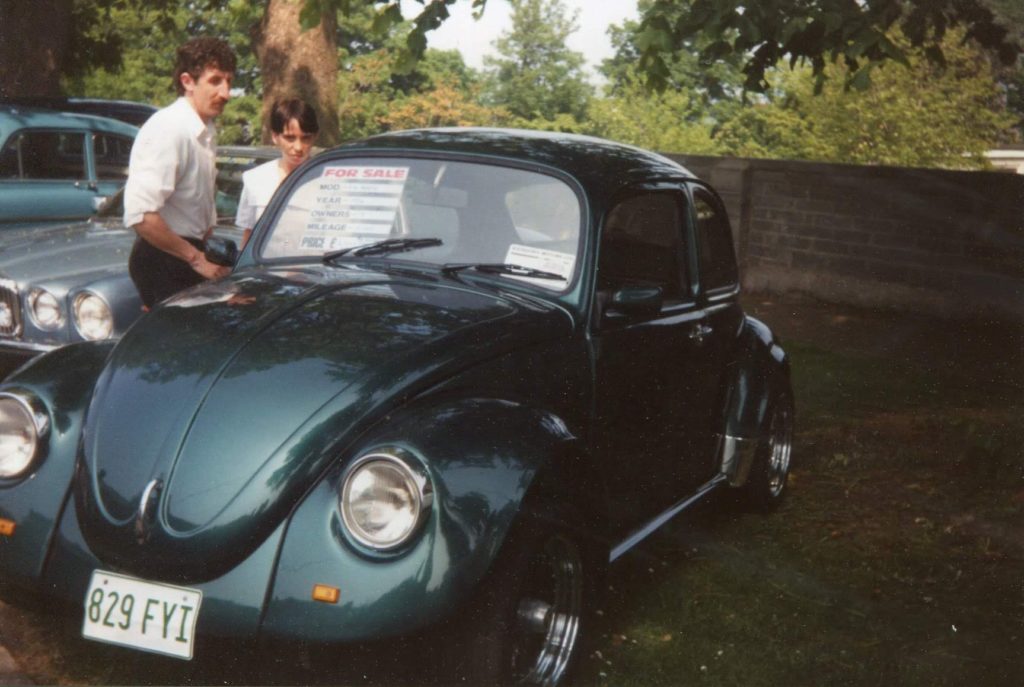 Sadly there is very little known of the history of this 1976 Beetle. It was built on a 1975 chassis and was assembled in late April 1976. After being delivered to its retailing dealer it was sold and  first registered on May 12th 1976. By the time Tony Groome saw the Beetle and photographed it, this Bug had undergone a slight change, most notably the colour which is metallic green.

829 FYI was rebuilt in Cal Look style, albeit without the inclusion of lowered suspension but it was so expensive to obtain parts back in the 1980s and early 1990s that suspension often had to remain at factory height. One piece windows and colour coded custom mirrors found their way onto the Beetle as did wide chrome wheels. The bumpers were moved, as was all of the exterior brightwork, apart from the bonnet handle, the glass was tinted and a set of American style number plates were fitted.

Thanks for the photos Tony. We’re loving the selection you have submitted to the Beetle.ie Census.