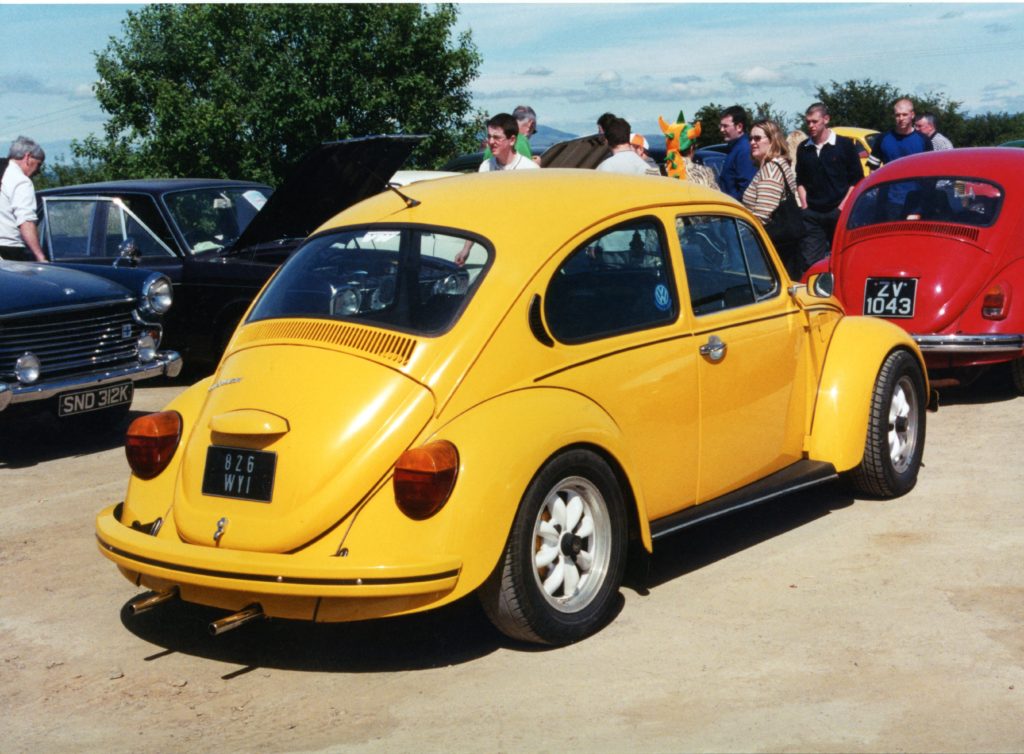 Back in the summer of 2002 the Limerick Classic and Vintage Car Club held their annual show in Ballyneety in County Limerick. This Beetle was one of the many VWs on display that day and although it wasn’t full of custom tricks or better than new, it just stood out from the crowd. I loved the simple styling with colour coded bumpers, blacked out trim and EMPI 8 Spoke rims. The once Rally Yellow (L10A) Beetle had been lowered slightly to give it a better looking stance. It also had a steel sliding sunroof so all in all this was one very cool looking 1977 Beetle but did it survive or has it been abandoned in some yard somewhere?

UPDATE 15-02-222 by Humphrey Lynch, the previous owner: “Hi this was my first Beetle I restored and my first car in 1997. I bought it from a friend of my brothers in the Air Corps at the time, and it was in pretty good shape. I probably modified and re painted it twice in its lifetime when I had it and I sold it in 2006 to an old farmer in Mallow who was in his late 70s early 80s. He had Beetles all his life and would not drive anything else but he wanted it put back standard so I removed the 1600 engine and put back in a 1200 engine. I also removed the lowered front disc brakes beam, returned the rear to normal ride height, put a set of standard wheels back on and put back on the chrome trims.
He has passed away since and I have tried to purchase it back but the current owner is planning to restore it again . Every mod I did was easily changed back to its original condition . I had some excellent times in it and was my everyday driver for years. I even won a prize for the best workhorse on a run in Drimoleague years ago. It was an excellent car and served me well.”

Beetle.ie: Thanks for filling in the backstory of your old Beetle Humphrey. I remember the car well and really liked the subtle mods you did. It was a real eye catcher and hopefully one day you’ll get it back again. Cathal & Trev