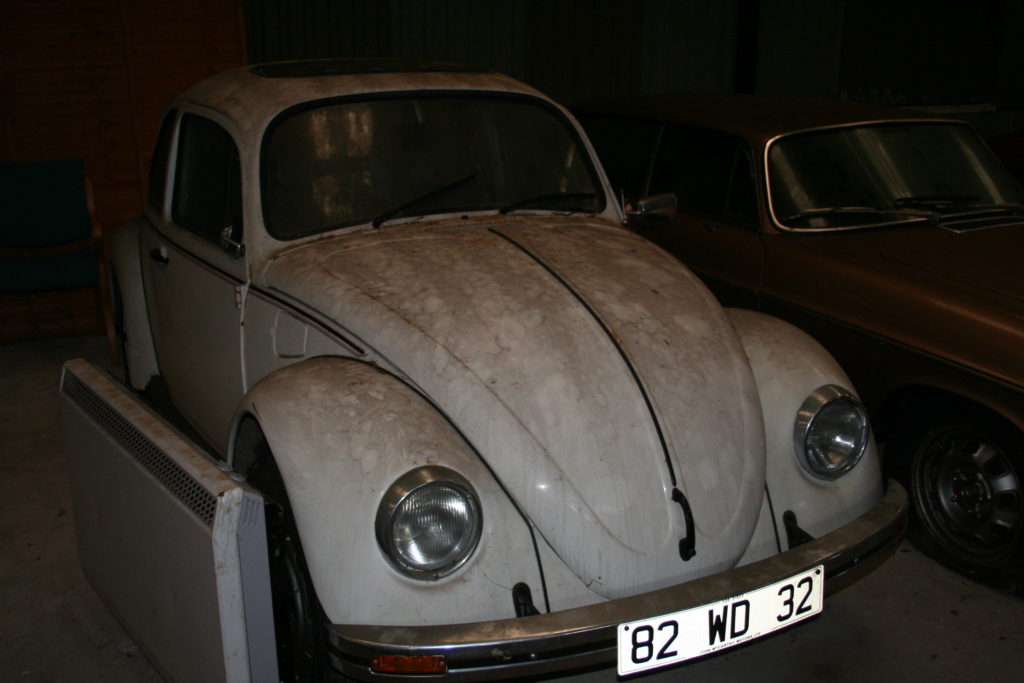 (a) Country of origin:
Mexico

The 1980s Jeans Beetle was a Mexican build specifically for the German market and was finished in a choice of two colours which were Alpine White (L90E) or Mars Red (LA3A). It came as standard with a 1200cc engine, special ‘Jeans Bug’ striping and of course, as the name suggests, it was trimmed in denim with side pockets on the seats. The exterior trim and bumpers, including the tail pipes were finished in semi gloss black. It’s also worth noting that the rear valance was the flat version that we would have seen up to 1974.

This particular Jeans Bug was registered in Germany in August 1988. At some point it was converted from left hand drive to right hand drive. It was imported into Ireland and was registered to its owner in Waterford. Very little is known of its history but when Beetle.ie found it around 7 or 8 years ago it was in a barn in Fermoy, County Cork with other classic cars and had been there for a number of years before that. It was in surprisingly good condition and after a mechanical refresh it would have made a nice classic car to drive as-is or it was the perfect rust free base for a restoration. It was sold shortly afterwards but we have not seen it since.

For more information on the Jeans Bug why not check out these two excellent websites: