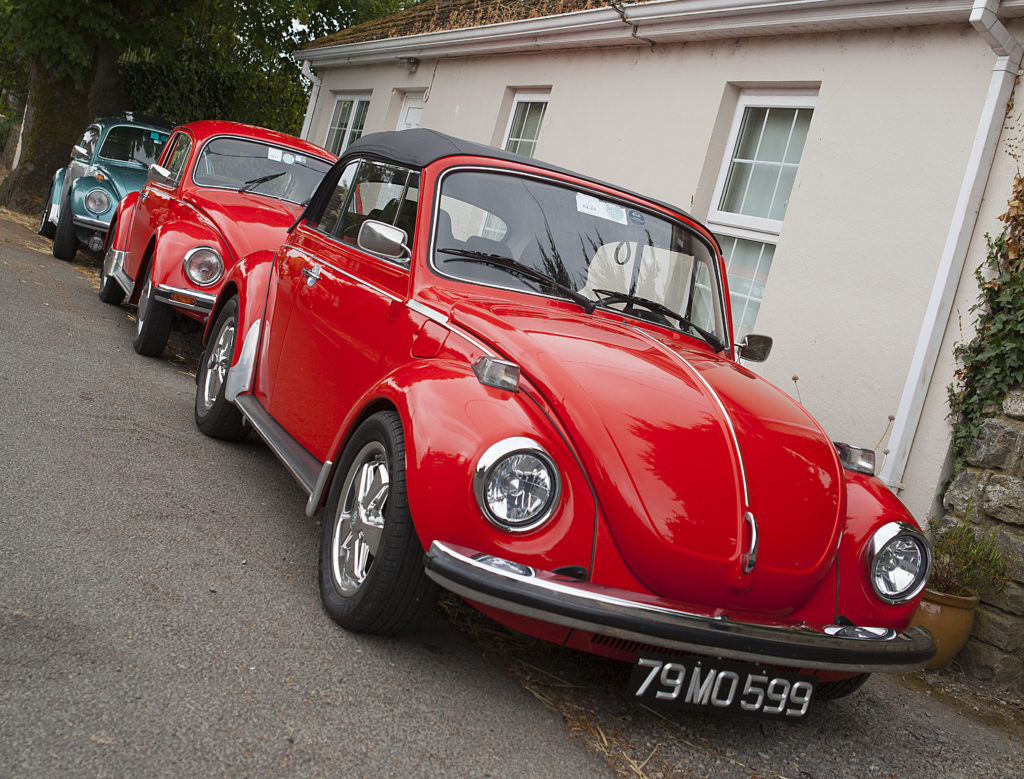 This 1303 Cabrio was originally built in Germany for the US market. It was sent to California where it had one owner until it was bought and imported into Ireland by the late Tom Lally in Mayo. Tom wanted to retain a lot of the car’s originality even though his first job was to remove the large US spec bumpers and gas struts and replacing them with Euro spec bumpers. He retained the US spec indicators so the front bumpers were NOS and date from 1973 with no indicators. The front wings did not need to be modified to take these changes, merely a larger bumper iron rubber was required. The rear wings were replaced at this time with NOS items. A NOS Euro spec rear bumper was fitted also.

Another change was to remove the sometimes troublesome fuel injection and system and replace it with a single carb setup. The mileage at the time was just under 50k from new. As it stands, the mileage is 61k miles.

The body is rust free and has not required any repairs. The dash pad is cracked from the California heat but will be replaced in time.

The previous owner modified the Beetle by lowering the suspension, fitting Porsche replica rims and also changing the interior for one from a Golf GTi. Future plans are to return this Karmann Beetle to original specification so a set of 5.5″ GT Beetle rims are being blasted and painted in readiness for new tyres. Suspension will be raised also and the original interior which was retained will be refitted. I have managed to source a new horn push which is specific to the padded steering wheel that all last off the line US Cabrios had.

The rear foglights fitted as standard are still in place however the fronts have been removed. The Beetle was fitted with genuine engine lid vent trims as well as vent trims on the front scuttle air vent. At one point this Karmann was fitted with many genuine VW accessories such as door sill trims, pillar and door guards, original VW logo radio, VW stamped aerial, accessory gear lever and many more but they were removed over the years. They may be refitted if more can be sourced.

This low mileage, never welded or restored Karmann Beetle Cabriolet is used only in the dry so is guaranteed for a gentle retirement.