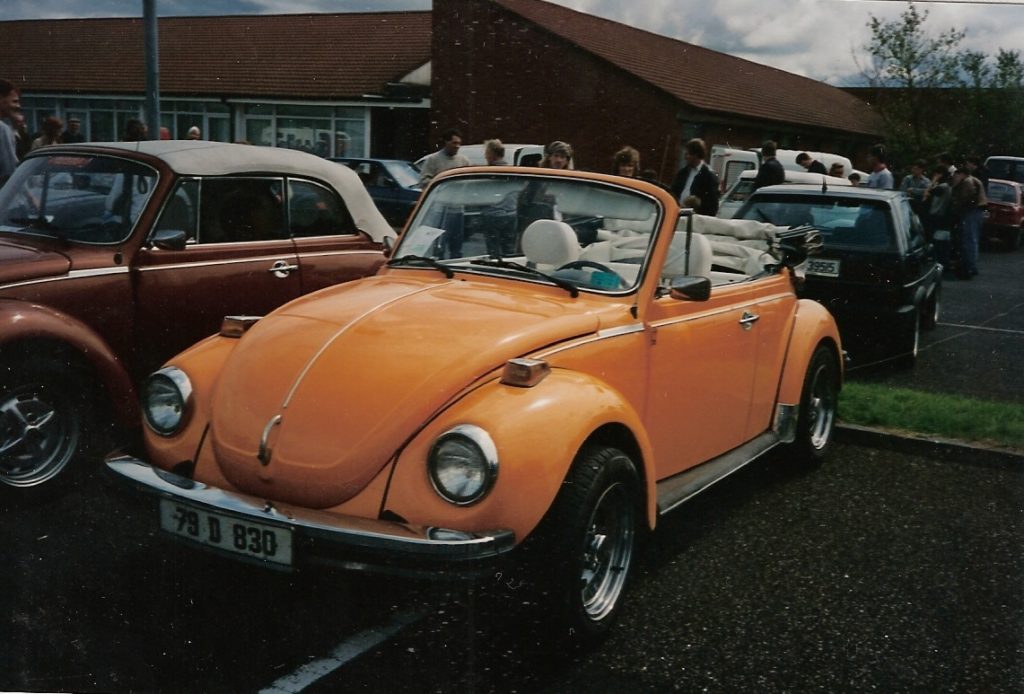 This 1979 US spec Karmann Beetle Cabriolet is a fun car and was repainted after it was imported into Ireland because as the orange paint might hint at, this was the first prize in a competition run by Club Orange. The suitably fizzy colour was the perfect one to attract attention when parked all over the country to promote the competition. It was also branded in Club Orange logos so you really couldn’t miss this Beetle!

Built in Germany and then exported to the USA, it was first registered in the US on June 1st 1979 before being sourced and imported into Ireland in the late 1980s. This photo was taken after the competition was over and was displayed at the Beetles Reunion in Limerick. We’re not sure if the winner was the owner or if it had been sold on but what we do know is that it screamed summer fun! The 1600cc engine had been replaced with a 1200cc engine but other than that it retained many of US market only features such as the impact bumpers, large safety indicators that light up with the lights, the highback seats and the more luxurious padded steering wheel.

UPDATE 22-07-2020: Emilio to the rescue once more with an update on this Beetle: “This beetle was last seen at the back of a house in Dublin in 2014. It wasn’t in use at that point. It had some mechanical repairs with us at Emilio’s Beetles back in 2007.”