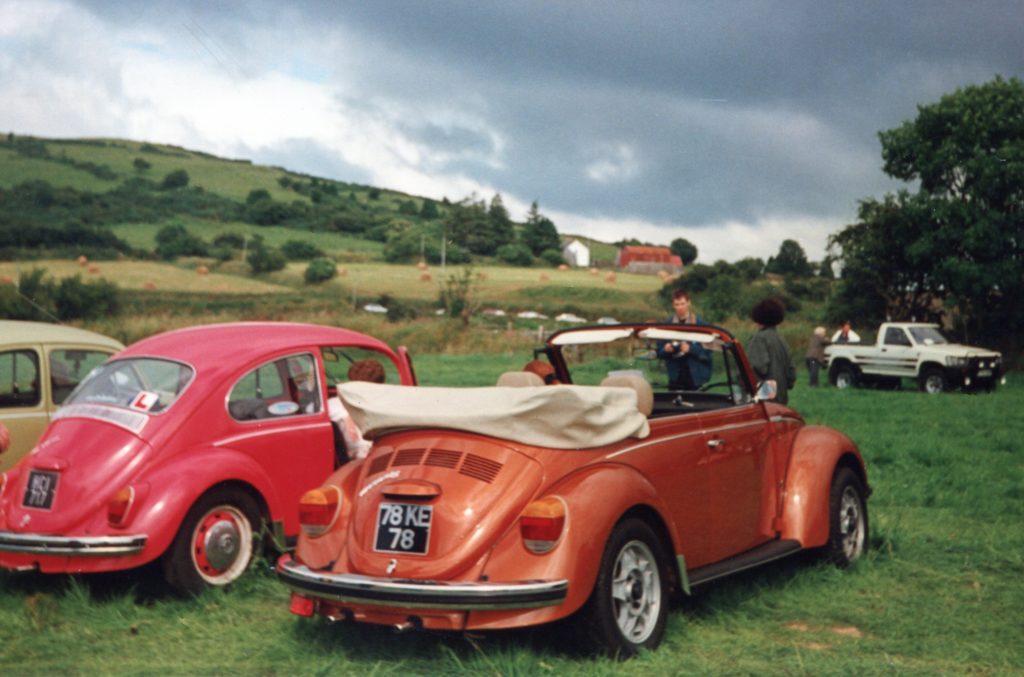 Hennessy’s of Naas was a well known and long established Volkswagen dealer in the Kildare area, supplying VWs to the people of Kildare from 1984 to 1999. In the late 1980s, Tony Hennessy bought this low mileage 1303S Karmann Beetle Cabriolet from a Volkswagen dealer in Germany and imported it into Ireland. He registered it in Kildare with a very cool registration plate 78 KE 78

The Brazil Brown (L96F) 1303S was stored in Hennessy’s garage in Naas and would be brought out for sunny day runs and shows but as the years went on the convertible was not used as much and was moved to a new facility when the garage was sold in 1999. The Beetle, which had been sitting idle for the last number of years, was sold by Tony in 2018 but has not been seen since so we imagine it may have been sold to a new owner outside of Ireland.

This particular photo was taken at one of the Kilcommon Festivals in Tipperary where it won its class. Brendan O’Brien took this photo so thanks to Brendan for submitting the photo of this gorgeous VW to the Beetle.ie Census.