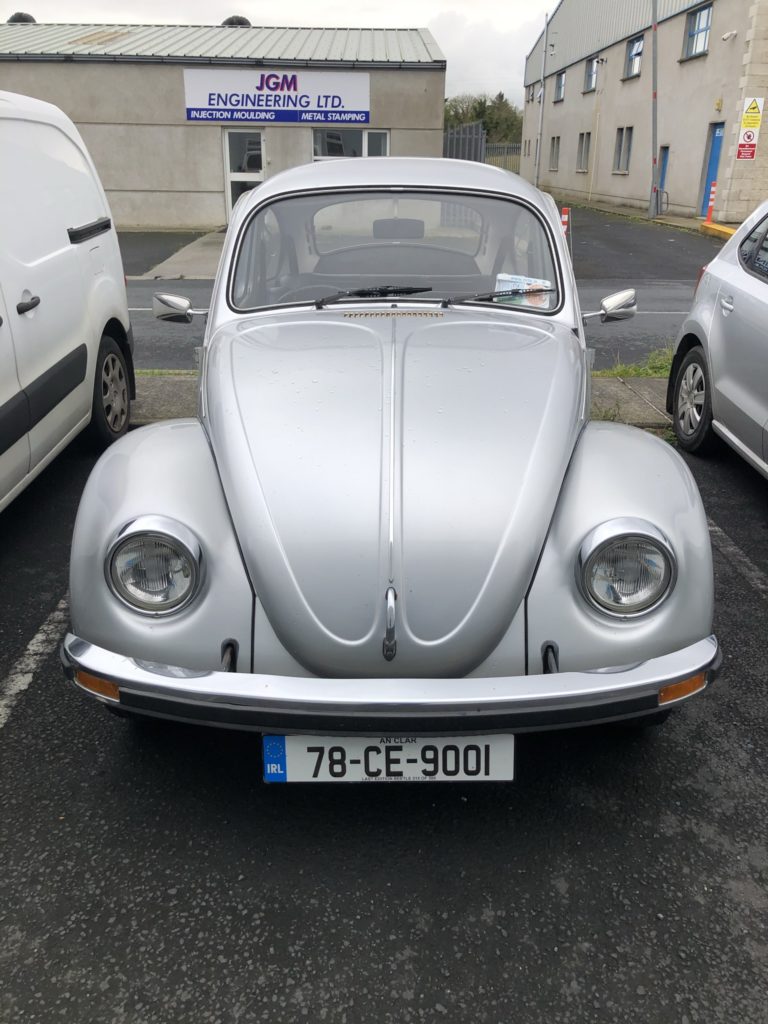 It’s such a rare thing these days to see a Beetle, or any old aircooled Volkswagen for that matter on the roads during a working week. Normally they are only seen on a Sunday morning heading to a show so when I was in an industrial estate in Shannon, County Clare in November 2021 I was shocked and delighted at the same time when I saw this Beetle in a staff car park. The Beetle is a daily driver but it’s clearly very well minded as it was in fantastic condition.

The silver paint and the fact that it is a very late Beetle gives the game away that it is a Last Edition Beetle which was a special for the UK market with only 300 being imported in this specification. They also came with a plaque which was mounted on the glovebox and this denotes where a car lies in the 300 vehicle range. This Beetle is number number 215 of 300.

I looked up www.lasteditionbeetle.org to see if this Beetle was registered with them and it was. Here is what was noted by the current owner Noel in May 2011:

I purchased this car from Marpol Vehicles in Aberdare Wales. I was told that the vehicle was in a London Showrooms until it was purchased by a collector in 2001. This collector only drove it on occasions as one of his favourite vehicles, hence the low mileage. The dealer purchased it from him as he was downsizing his collection. I have now brought her to Ireland where I will have to have her re-registered and will now get a new registration number.

The specification of the Last Edition Beetles is quite special. All Last Edition Beetles were painted L97A Diamond Silver Metallic paint, the seats were trimmed in Marine Blue velour (this wears easily and replacements are not available yet) and of course there is the dash plaque. Many were bought by main dealers when they came into stock and as a result some can be found with very low mileage after years on display in showrooms.