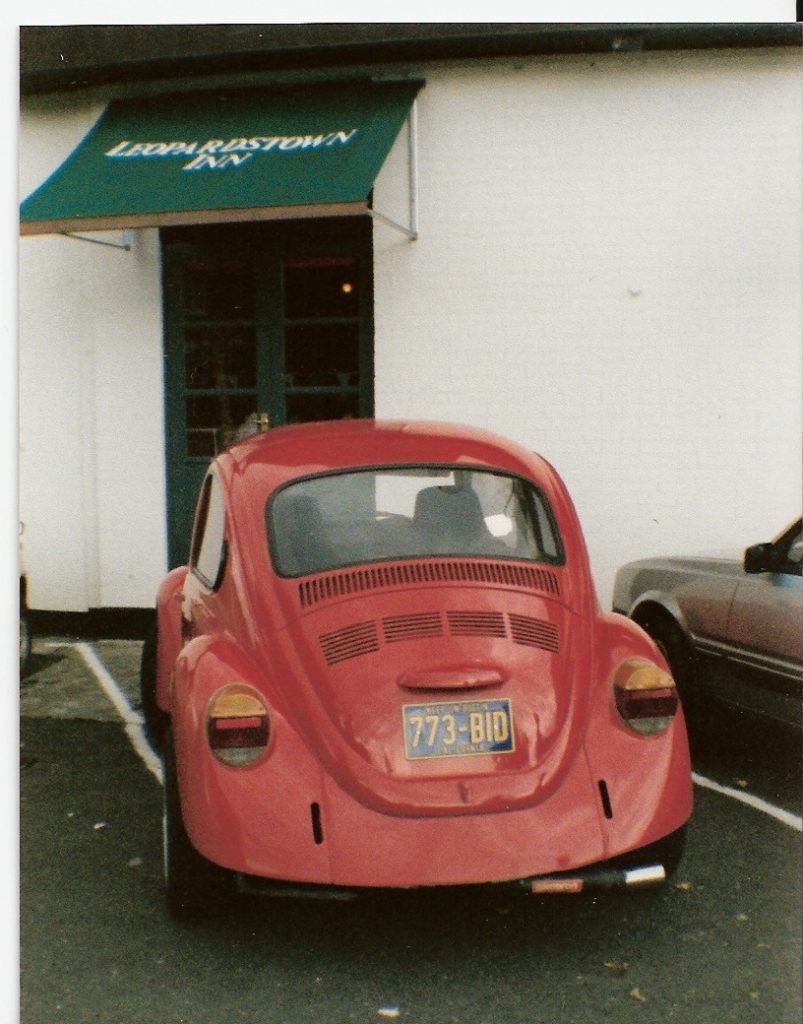 Not much is known about this Beetle. It’s a 1303 that was modified in the 1980’s but whether it survived is unknown. What we do know is that as it has not been taxed since the early 1990’s then the likelihood of it having survived is very low. As always we would like to think that it is sitting in a shed awaiting a restoration.

At the time the photo was taken it had lowered front suspension, highback seats, chrome Wolfrace wheels and a Kadron exhaust. If you had a Kadron on your old VW back in the day you’ll remember the sound but if you have never had the pleasure of a 6,000RPM rasp through one of these beauties let me just tell you they were loud, VERY LOUD! I’m sure his/her neighbours loved when they fired this Beetle late at night……I know, because I had one on my old Karmann Ghia and I wouldn’t say that my neighbours were big fans 🙂

This 1303 was imported from the UK at some point and it was registered in Cavan towards the end of 1981. I took this photo at the Volkswagen Owners Club of Ireland meeting in the Leopardstown Inn, Dublin in the late 1980’s