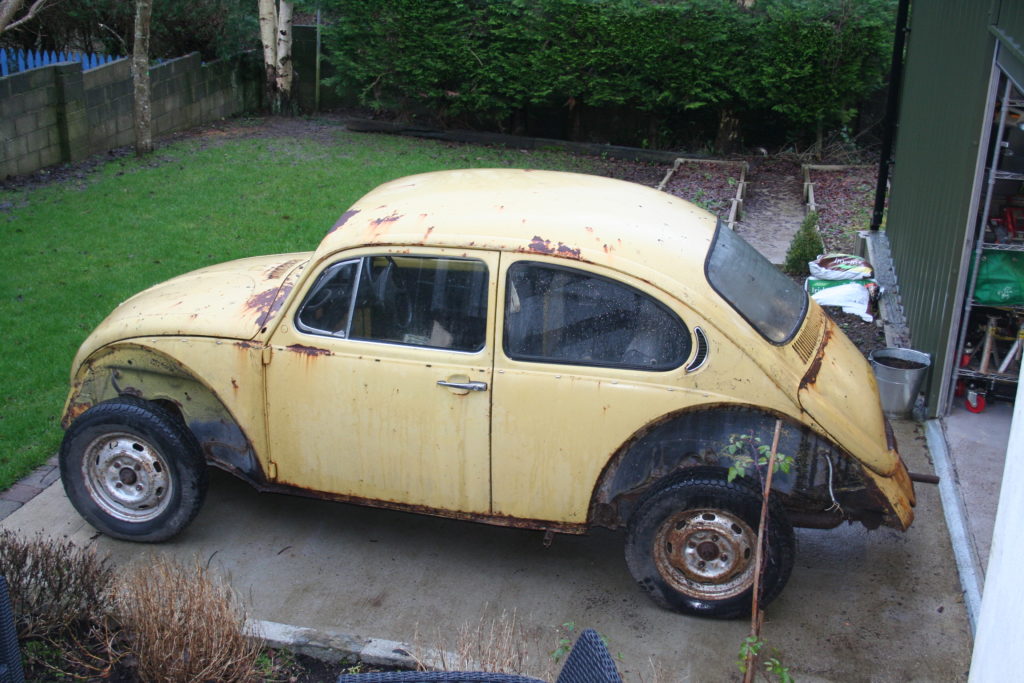 A rare 1972 Anniversary Beetle that was first seen parked outside VW Spares about to be blasted. The owner then decided not to go ahead with the restoration and offered it for sale. It came complete with its original and often lost brass dash plaque.

This Anniversary Beetle was ordered with a 1200cc engine, the original is still with the car to this day. One of its previous owners was fastidious when it came to oil changes as could be seen from the collection that were stuck on top of each other on the underside of the engine lid.

This Anniversary Beetle was delivered from PJ Woods Garage in Clane, County Kildare and went to its first home in Artane, Dublin on Valentine’s Day 1972.

The restoration has started but it’s a slow progress. The plan is to restore it back to 100% stock and maybe fit it with some period accessories.

It is believed that this car was won in a prize draw but this cannot be proven as of yet.

Ireland was one of the few countries that made the Anniversary model for their own home market. 300 were built in Dublin, in both 1200cc and 1300cc format.

Beetle.ie have also discovered that Anniversary Beetles came with a rear window sticker but we cannot find any surviving examples. We have the remnants of one so we will have to try and reconstruct a replica from what we have. Wish us luck!