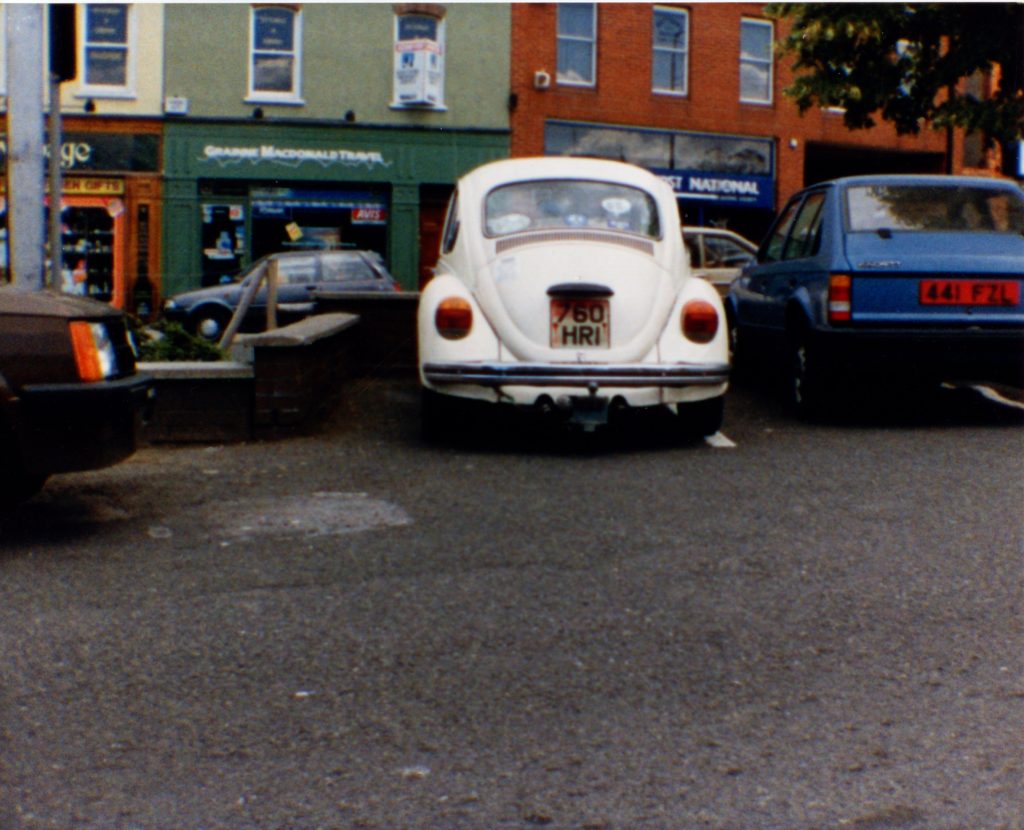 Back in the days when Beetles were just regular means of transport, when the roads and driveways were littered with them, this 1974 1200 Beetle Deluxe was parked in Dundrum Shopping Centre while its owner did their weekly shop.

It was a typical late 70s Beetle that was more than likely parked in the garage at home when not in use because the Atlas White paint (L91Z) looked very fresh for a 16 year old car, as it was when this photo was taken and the number plates looked to be the originals that were fitted just before it left VW Motors, Harold’s Cross in Dublin back in October 1974.