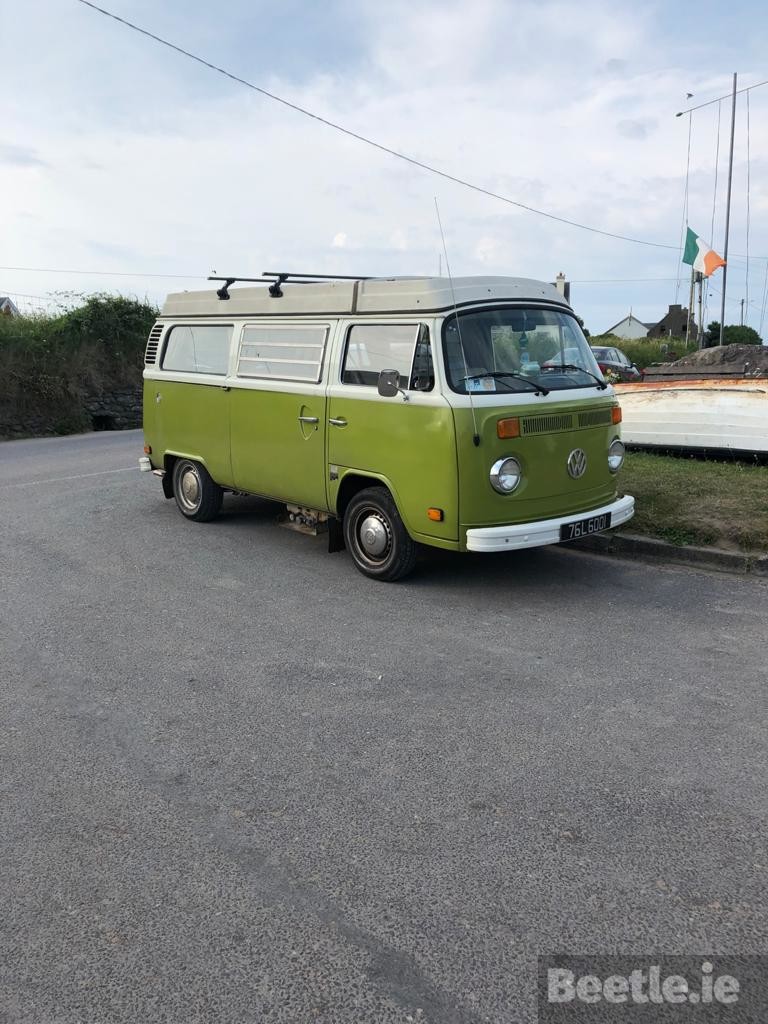 This entry comes courtesy of one of our top contributors to the Beetle.ie Census, Noah Ryan. Noah comes from a car loving family and his uncle Steve still has an aircooled Beetle. Noah has been keeping an eye out for aircooled VWs for a long time now, recording them and then adding them to the Census which we are very grateful for.

With regards to this Bay Window Camper Noah said; “I spotted this in a car park in Dingle when I was in holiday.”

It’s a 1976 US import Bay Window Westfalia conversion. After being imported into Ireland it was first registered in Limerick City. The Sage Green (L63H) under white Type 2 looks like it’s used but very well cared for which is the way we like them!

Having been assembled in Germany in 1976, then shipped to the US and used there for over two decades before being shipped to Ireland, it’s great to see that 45 years after first hitting the road, this Bay Window Camper is still being driven and camped in which is exactly as Volkswagen and Westfalia intended.

Thanks as always to Noah for being part of the Beetle.ie Census.