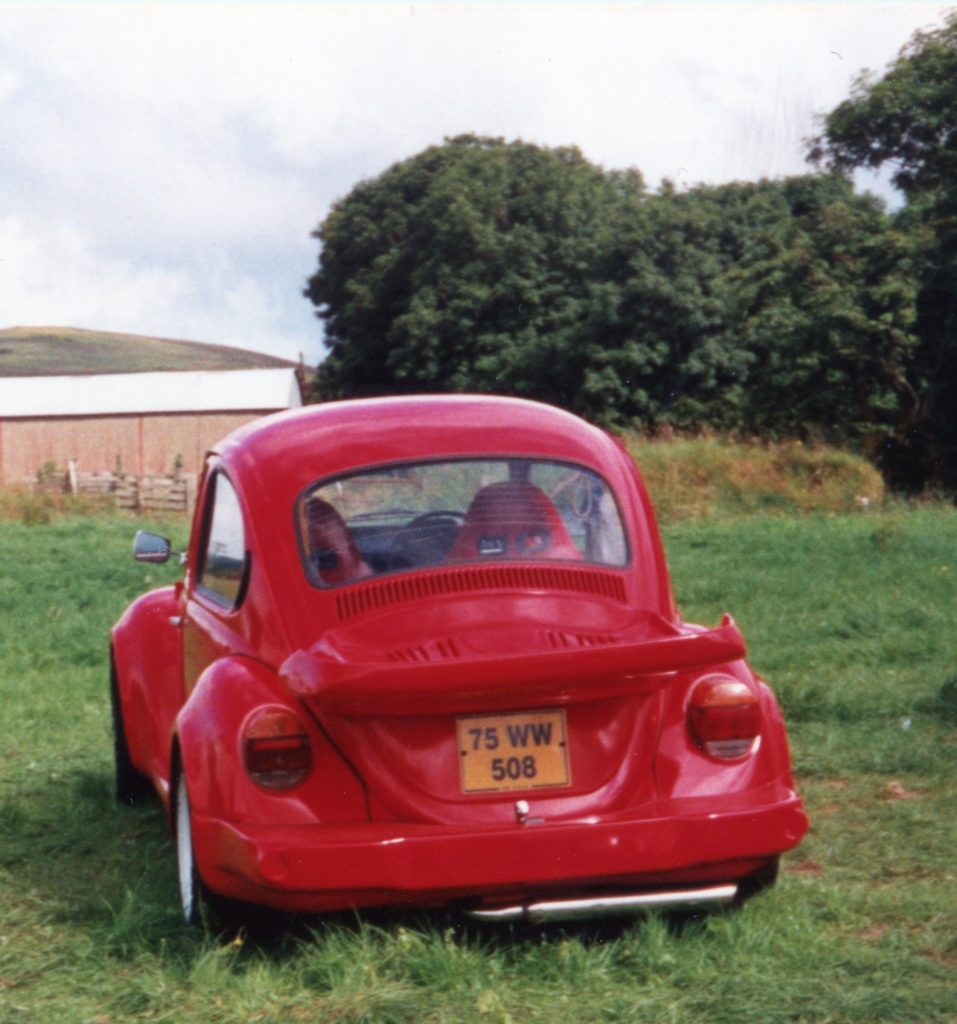 There isn’t a huge amount known about this Beetle apart from the obvious Porsche Turbo kit.

The 1303 Beetle was originally a UK car. It was registered there on May 23rd 1975. At some point in the late 1980s or even the early 1990s it was imported to Ireland from the UK and registered to its first Irish owner who lived in Wicklow.

This photo was taken in 1994 in Kilcommon village in Tipperary when they held the Kilcommon Festival. At the time it was still propelled by the original 1300cc engine but looking at the fibreglass Turbo kit and the bucket seats you would expect a little more oomph from the motor that was hidden under that massive whale-tail spoiler.