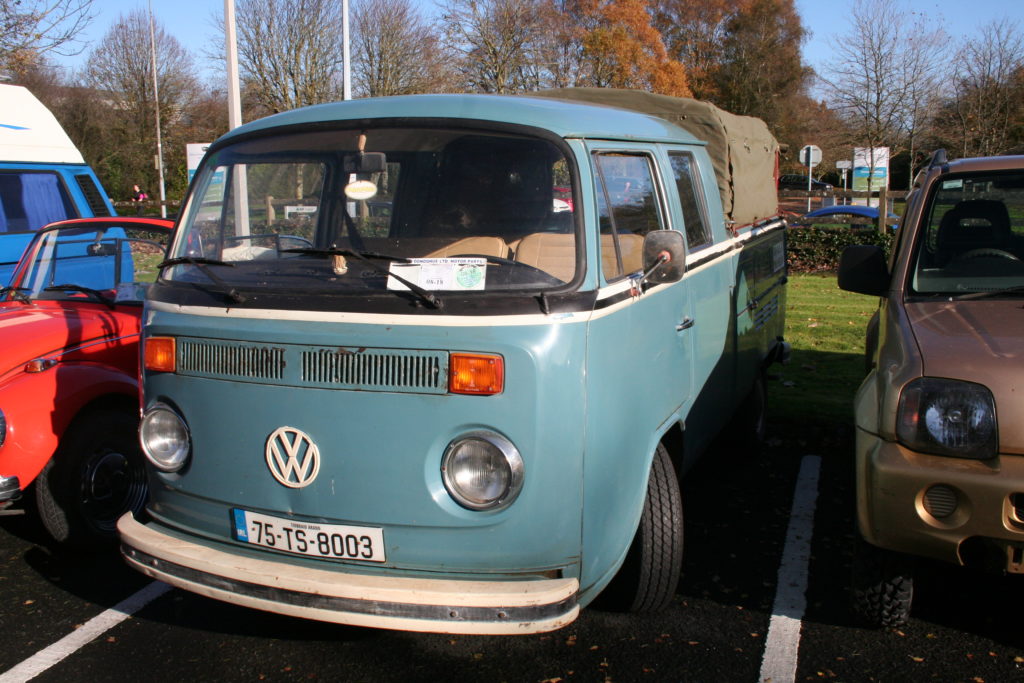 (a) Country of origin:
Spain

Gavin from Tipperary tells us the story of his Bay Window Crew Cab; a rare and very desirable commercial VW.

“I spotted this listed for sale on the Samba.com It was in Spain. I had sold my 1960 Karmann Ghia and my 1967 Bug so I thought why not. After lots of emails I booked a cheap Ryanair flight to Santander and collected the van. The story goes that it was bought new by the owner of a banana plantation in the Canary Islands and used until 1996 at which point it then sat, unused for the next 20 yrs. It was then seen and ultimately rescued by the Spanish man I got it from so I’m only the 3rd registered owner of this very original VW.

I got the ferry from Santander to Southampton and then drove my new Bay Window all the way to Wales, all in one day. Once I got to the ferry port I boarded the ferry to Rosslare and then it was just a short drive home.

Thankfully it ran great and aside from having to get the lights working and replace fuses in a lay by all went well. I checked it over and was really happy to say that it was a good solid VW. It did require a little work in the rear load bed and under the front screen but otherwise it was really sound.”

Beetle.ie: That’s a fantastic purchase and a really practical one too with the rear seats. Gavin fitted the rear canvas and seat belts as well as making it 100% sound again. We took these photos on November 5th 2017 at the German Car Day at Cars & Coffee Limerick, held at the Factory Cafe in Castletroy. Gavin has since sold his Bay Window on and I believe it was in the hands of the new owner when we saw it. This Crew Cab was registered in Spain in March 1975 and is finished in Orient Blue (L75H).