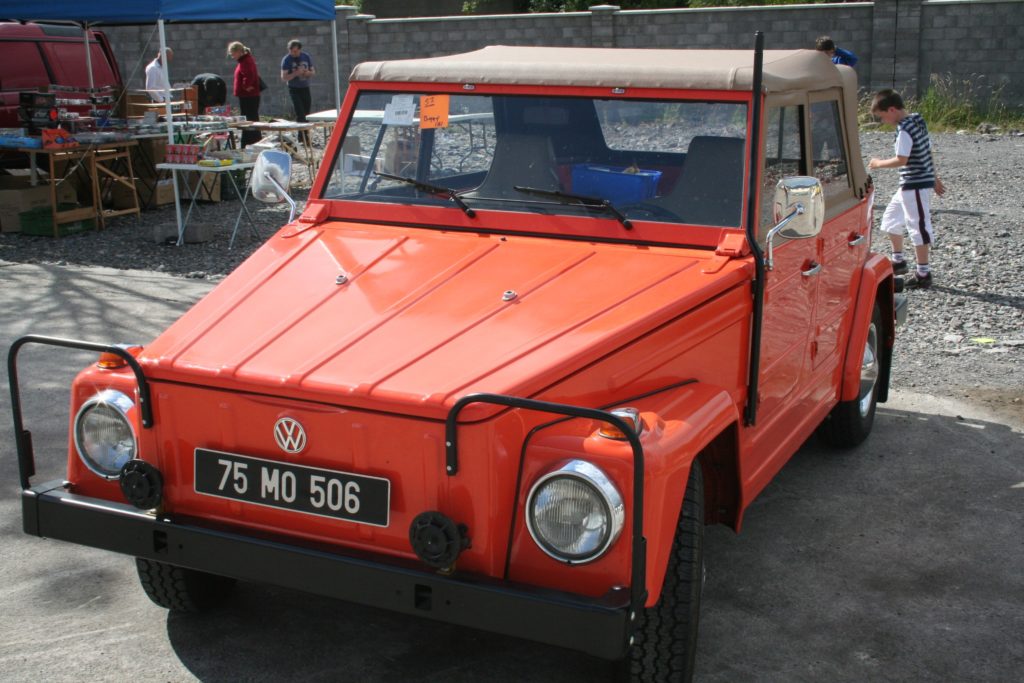 This Type 181 Trekker (or “Thing” in some markets) could only be described as “minty fresh”!!!
I saw it at Martin Murray’s Eirespares show in 2008 and it was literally as good as new. A real treat to see one in such good condition.

EDIT 3-7-18: This Trekker was commissioned by a fire station in Germany. They used it infrequently which kept the mileage down  and the also explains the fantastic condition. It was imported by the late Tom Lally who lived in Mayo at the time. The Trekker came complete with the flashing blue light which was mounted to the light bar that is visible on the nearside ahead of the windscreen. Everything worked including the petrol heater.

UPDATE 3-1-20: Thanks to David Coleman for this photo of the Trekker prior to its restoration. This was taken in Kilcommon in 1992