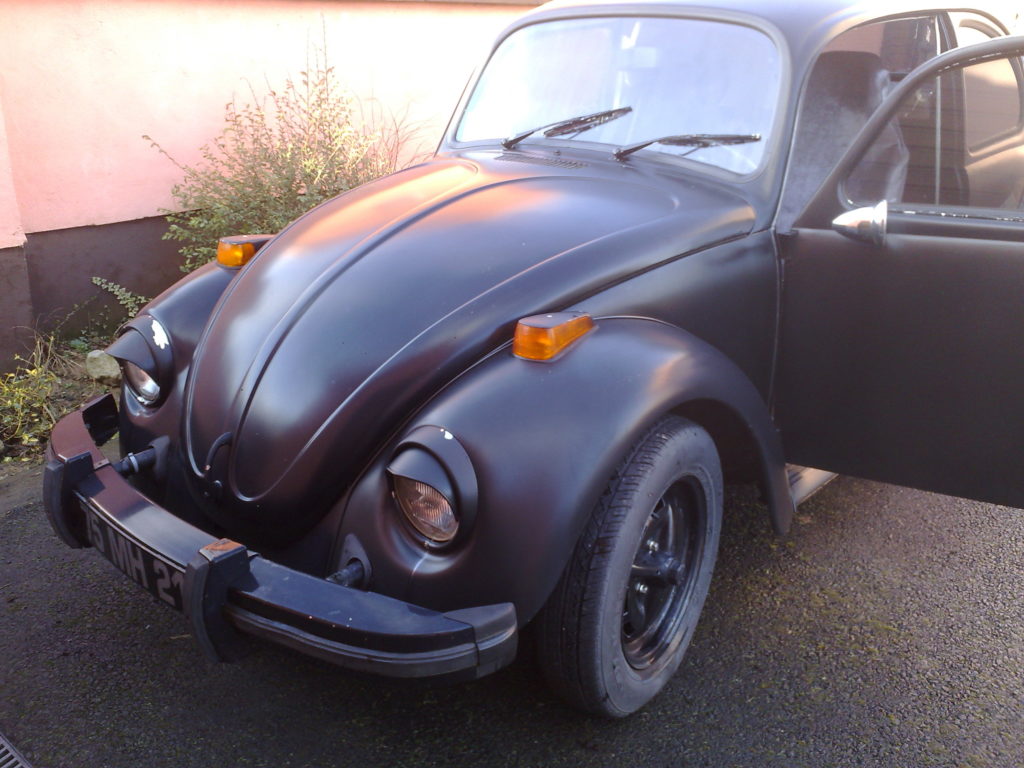 This US spec Beetle was snapped at the end of January 2009. At the time it was owned by a long term Beetle enthusiast who used it as his daily driver while his show car was safely tucked away in the heated garage.

This LHD Beetle had been imported in the early 1990s and registered in Westmeath. At some point either here or in the US, the car received a repaint as did the wheels, headlight eyebrows and bumpers. To add tot he black-out look, the glass was tinted and then to add some bling, the interior door cards and the floor mats were made using aluminium tread plate.

As was standard on all Beetles built for the US market in 1975, the engine was a 1600cc fuel injected unit but when these photos were taken, this engine had been changed for a stock 1200cc unit with single carb.