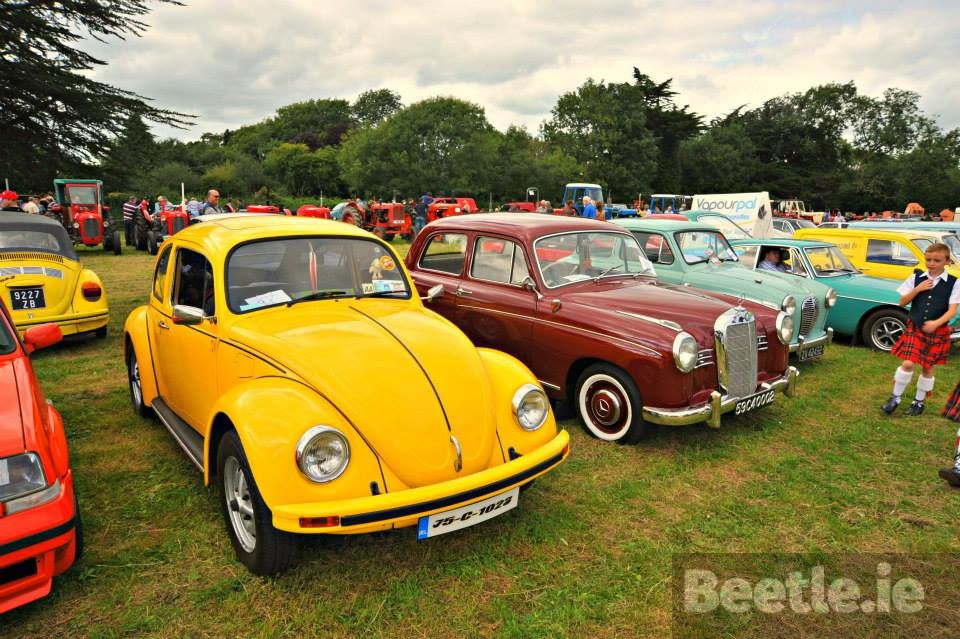 Roger O’Sullivan saw this Sunshine Beetle at the Crookstown Vintage Day on the 11th August 2013. It looked fantastic and was clearly someone’s pride & joy. It had been repainted to an even more vibrant shade of yellow that it would have had when it left the production plant at D’leteren in Brussels. As with many 1970s Special Edition Beetles, Belgium was where they were built.

I’m guessing the original colour was Sunshine Yellow (L13K) but this shade looks to be much brighter. The bumpers have been colour coded and the owner has refitted the rubber bumper strips front and rear which look great on the colour coded bumpers, but would have been standard fitment on these Sunshine Beetles. Other features would have been the heated rear window, the aforementioned sunroof and the Lemmerz GT wheels. It’s currently running a 1300cc engine but we’re not sure if this is the same one that was fitted in Belgium. Oddly, the steering wheel that came as standard on these models was just that, a Standard wheel from a 1200N Base Model Beetle so looked out of place in this fun and fruity car with plenty of high end features like the sunroof and heated rear window. I owned a Sunburst Orange Sunshine Beetle and it was a strange mix of extras combined with Base Model parts so we can only guess that VW were using up whatever parts they had in stock as they prepared to end production of the Beetle in a few short years. Either way, this is now a rare Beetle in terms of production numbers and features.