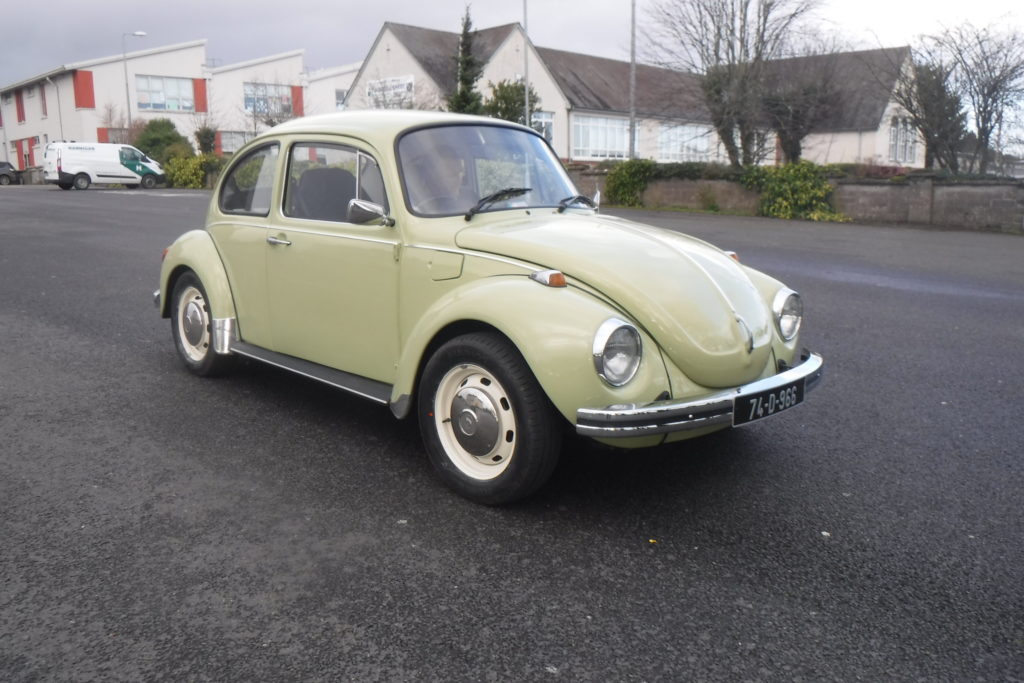 This 1974 1303 Beetle was imported into Ireland in the 1990s. It was originally built as a standard 1303 Beetle which means it would have been fitted with a 1300cc engine however at some point it received an exchange engine from VW, upgraded to 1600cc. It was first registered in the UK on August 1st 1974.

Over the 30 years it has been in Ireland this 1303 was used and maintained but by the time 2019 hit the 1303 was showing signs of age. A full restoration was started in 2019 at Emilio’s Beetles and it was completed in January 2020.

If you’re travelling through Westmeath keep your eyes peeled because you will see this stunning Beetle on the streets of Mullingar and its environs.