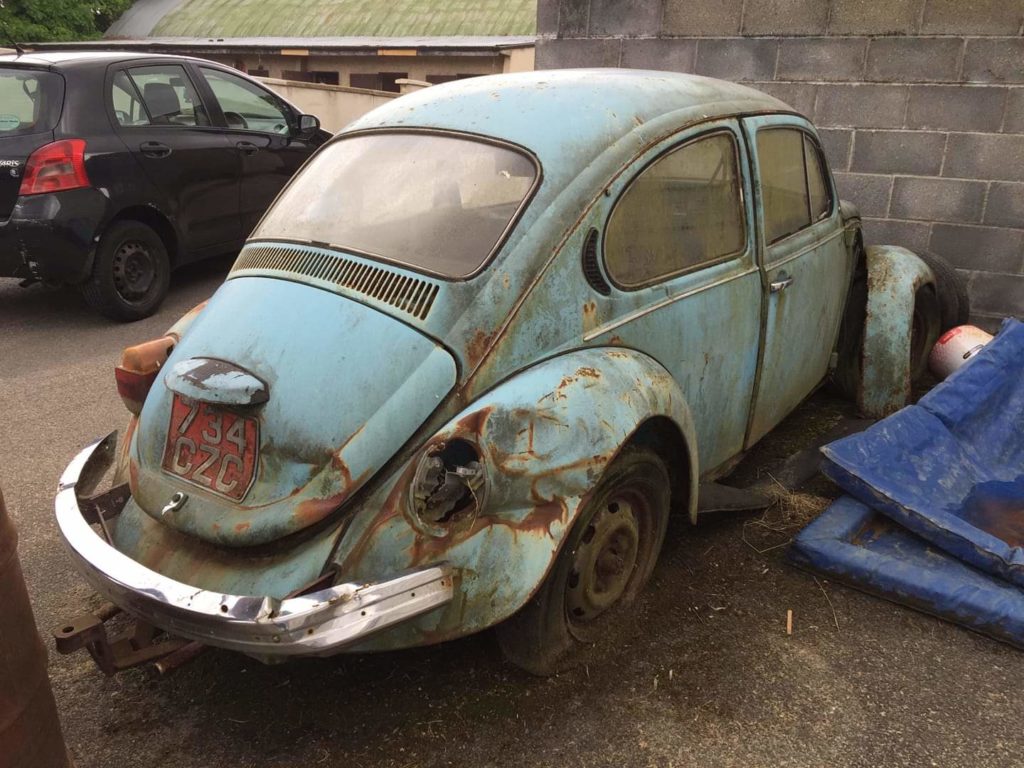 Thank you to Nigel McHugh & Tsar Sheane for supplying these photos.

Tsar’s pic is the oldest photo as it was taken in 2017 out the back of a bodyshop in Belturbet. Tsar took the photo when he went to see it but decided that the damage and rot was too much and the investment in both time and money would not be reflected in the value of the finished Beetle. The roof had a big crease in it and the condition was pretty bad overall so he left it there.

If we move on from 2017 to 2021 and Nigel spotted this Beetle in a vehicle recycling yard in Cavan. The poor old Beetle was days away from being crushed. The floors were almost non existent and there was more rust from the years left outside. Hopefully someone got in there and was able to salvage some usable parts before it was squished into oblivion!