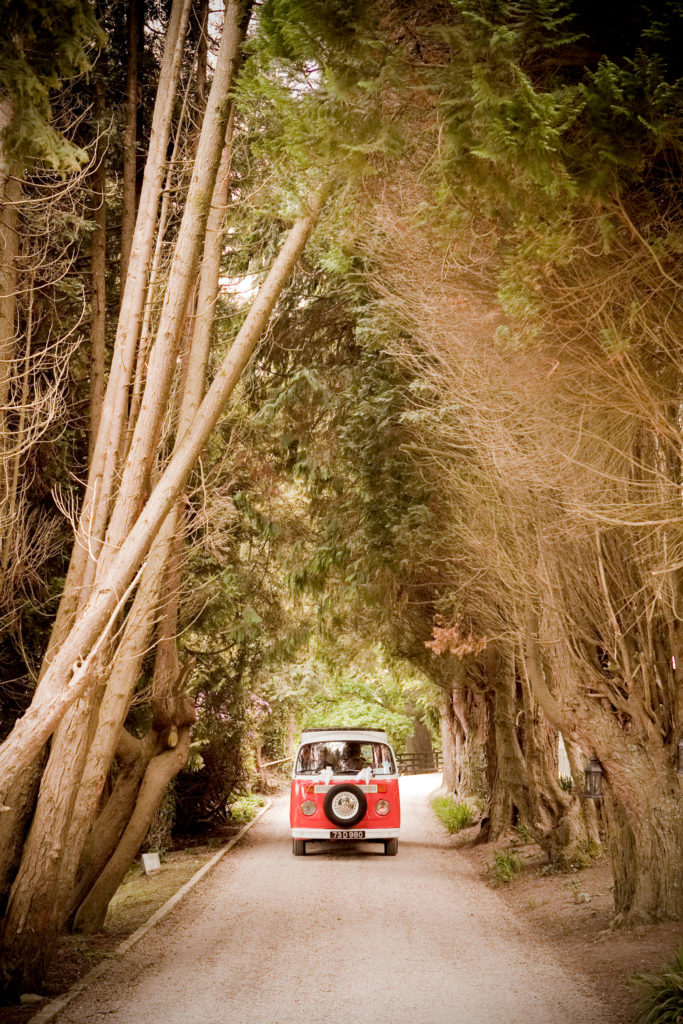 A tragic story follows about this orange beauty. Purchased in Co.Antrim in 2008. We renovated the interiors ourselves, the engine and body were perfect when we bought it. Many adventures followed with camping and surfing trips all over Ireland. It was used in and around Dublin every other day.

We would take the camper on an annual ferry trip to the Glastonbury festival in the UK. It was on the way back from the festival in 2011 that this camper met its fate. It was a hot day and we were about 30 miles from Holyhead after a long and tiring post festival drive. We had just filled the tank in north Wales for the last leg of the journey.

About 3 miles after stopping for petrol we entered the Conwy tunnel and this is when I noticed a lot of smoke coming out of the back of the van. My wife was driving at the time and as we were in a tunnel we decided not to stop as it could have been very dangerous for the drivers behind us. By the time we got to the other side the back of the van was an inferno. We had alerted the emergency services and just had to run as soon as we stopped the van. The tunnel and motor way were quickly shut down and the fire brigade arrived. I suspect the fuel line went and continuing to drive just sprayed hot fuel all over the engine which made things worse but we had no choice at the time.

We watched our van burn to the ground before our eyes. It was one of the most upsetting moments of my life (especially after the fatigue of 4 days at a music festival!). A fireman asked if we had anything flammable on board and it suddenly dawned on me about the large bottle of camping gas. Their faces dropped but they managed to get it out of the burning van and spent 30 mins spraying the cylinder to cool it down.

The police drove us to Holyhead and we actually made our ferry on time but anyone who was behind us on the motorway didn’t.

We arrived home with nothing but the clothes we were wearing and what was in our pockets. The insurance company paid up with no issue when I showed them the article about the incident on the BBC website.

To date, I have never replaced the van as we have kids now so money is tight (as is space in these vans).

One day I will.