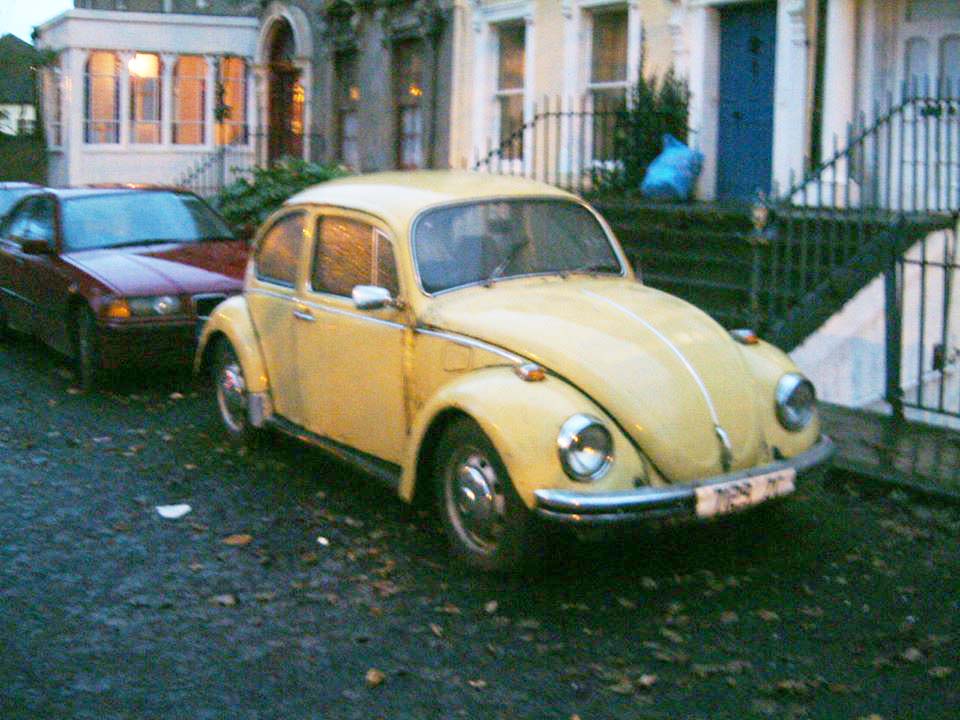 This is one of only a handful of rare Anniversary Beetles that have been caught on camera. There were quite a few sold but they did not survive as well as the 1300S which was also a limited run of Special Edition Beetles.

7129ZC was registered on February 22nd 1972 in Dublin. It was painted Texas Yellow (L10B) like all Anniversary Beetles but as they were built in Ireland they were painted with Corbel Paints and their code for Texas Yellow was 8927. The Anniversary Beetles were the highest spec Beetle with highback seats, heated rear window, intermittent wipers, bumper over-riders, mudflaps, anti-glare rear view mirror, bumper bracket with tow hook, chrome effect trim on the rear crescent vents and front seat belts.

Very little is known of its history and by the time this photo was taken it had seen better days. By the looks of things it may have been a rolling restoration. The bumper brackets may have been loose or rust may have eaten into the back of the lower rear quarter. All we can do now is guess as we simply do not know any more history. Maybe a previous or current (hopefully) owner will contact us to let us know the story behind this rare Anniversary Beetle.

What we do know is that it survived on the road tax system until 1993 but whether it is still alive we do not know. We’d love to think that another Anniversary Beetle survived. They’re a rare model now and should be saved from the scrap heap if financially viable.