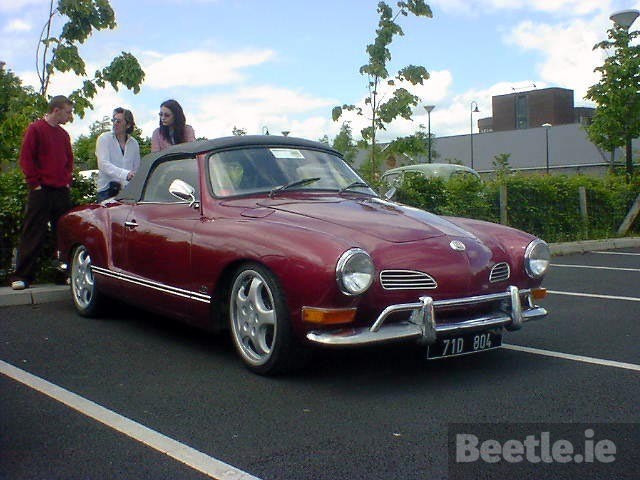 I bought this Karmann Ghia in 2009. It had been off the road for a few years and needed a good bit of work at the time. Despite collecting most of the part to complete the project I eventually sold it on as an unfinished project in 2012. It went to Cork, well back to Cork as I bought it from a Cork man (via Galway) in 2009. The car made an appearance at a few VW shows in the mid 00’s.

Early 1970’s Ghias retained features of the earlier Ghias like the bumpers but had the medium size rear lights and wood grain dash. The car was imported to Ireland from California (or via UK?) circa 2000. From memory it had a fire service membership sticker on the windscreen but other than that I know very little about its time in the US. Its current and previous owners here in Ireland will hopefully add to the story. I have no knowledge of the current stage of restoration.