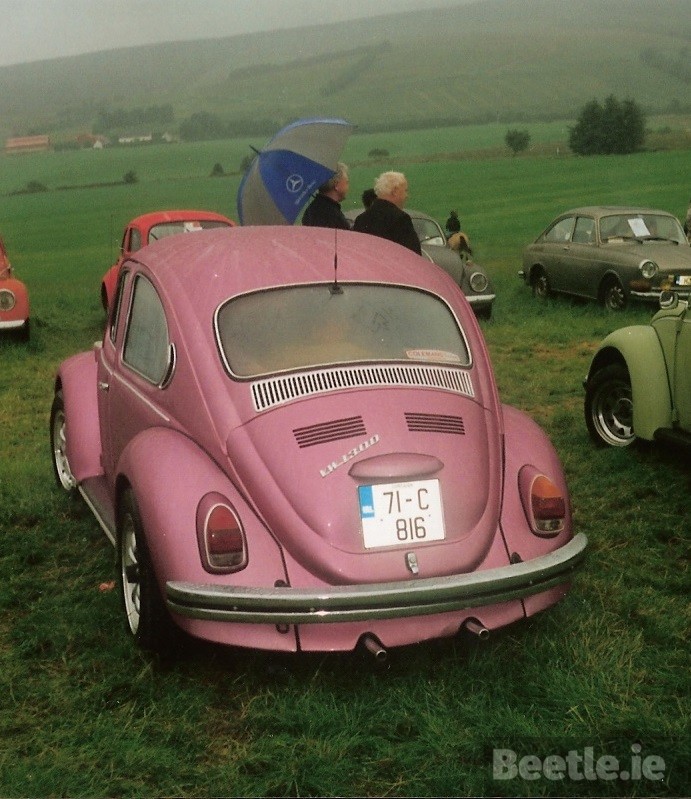 A flashback to one of the massively successful Kilcommon VW Shows that attracted classic Volkswagens from all over the country. These Volkswagens included daily drivers and show cars as well as rolling projects. It was a wild mix of all kinds of everything and sadly will never be repeated as it was the perfect time when aircooled VWs were still being used by people as every day transport as well as being adopted by first time drivers who were embracing the custom car scene.

This EMPI 8 spoke wheeled Beetle is a prime example of one such owner who got into the custom Volkswagen craze of the era by modifying and personalising their pride and joy to create the look they wanted. The show field was full of fun cars like this metallic pink 1300 Beetle.

This particular Beetle was first registered in the UK on September 13th 1971 and at some point in the very early 1990s it was imported into Ireland and registered to its new owner in Cork.