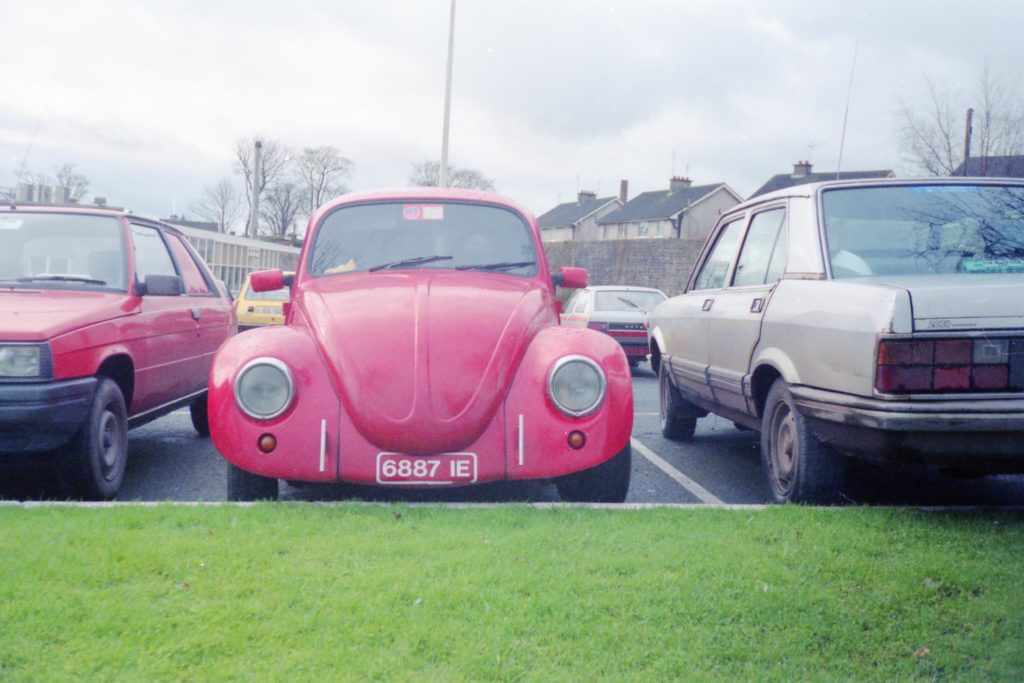 Any Beetles with late 1977 build dates can arguably claim to be ‘one of the last Beetles built in Ireland’ and who are we to argue because they would be right. This Beetle was built in August 1977 so would have been towards the end of the final production run of Irish built Beetles. It was originally finished in Panama Brown (L12A) and was fitted with a 1200cc engine. This 1200 Beetle Deluxe was delivered to Western Garages in Ennis, County Clare and was then sold from there in October 1977, Wednesday 12th to be exact.

I’m not sure of the history but at some point Ken O’Brien bought it and set about modifying his new Beetle. Out went the wheezy 1200cc engine and in went a 1600cc unit from a VW Type 2 Van that he found in a scrapyard. The noisy end was thanks to a Monza 4-into-1 exhaust. The original wings went the same way the engine went and in their place Ken fitted widened fibreglass wings, the rears having Tombstone rear lights fitted instead of the Elephant feet rear lights that this car would have left MDL with. Under those wings went some chrome wheels, while at the same time the bumpers were replaced with chrome T-Bars. One piece tinted windows replaced the original window and fly window setup (all other windows were also tinted) and new custom number plates were fitted. Custom mirrors were fitted but Ken did say that there was no point because he couldn’t see anything in them anyway!

Sadly this Beetle was last spotted by a friend of Ken’s in a scrapyard in County Clare not so long ago.