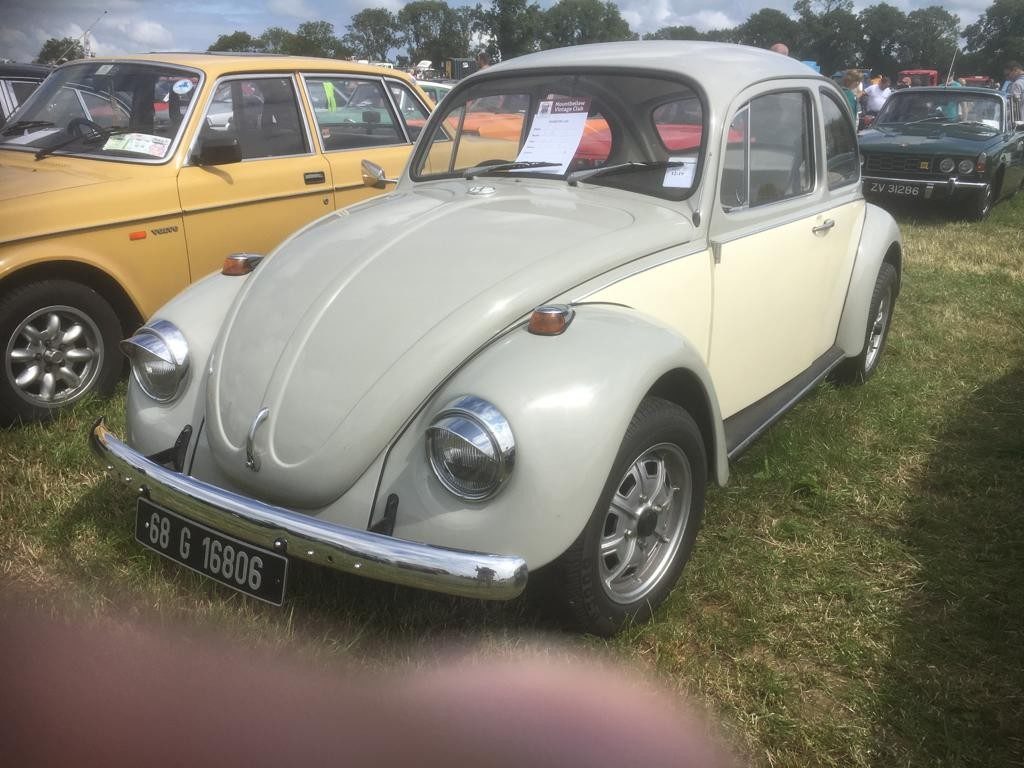 This Beetle was spotted and snapped at the Mountbellew Show recently. It’s a UK imported 1200N or Base Model Beetle but it’s anything but base now thanks to some tasty little upgrades. The two-tone paint is the first thing you notice as well as the Mahle Gasburner replica rims. The headlights have been smartened up with a set of chrome headlight eyebrows. The Beetle overall looks very smart having obviously been through a restoration which included new blade bumpers. Well done to the owner and thanks to Peter Murphy for the photos.