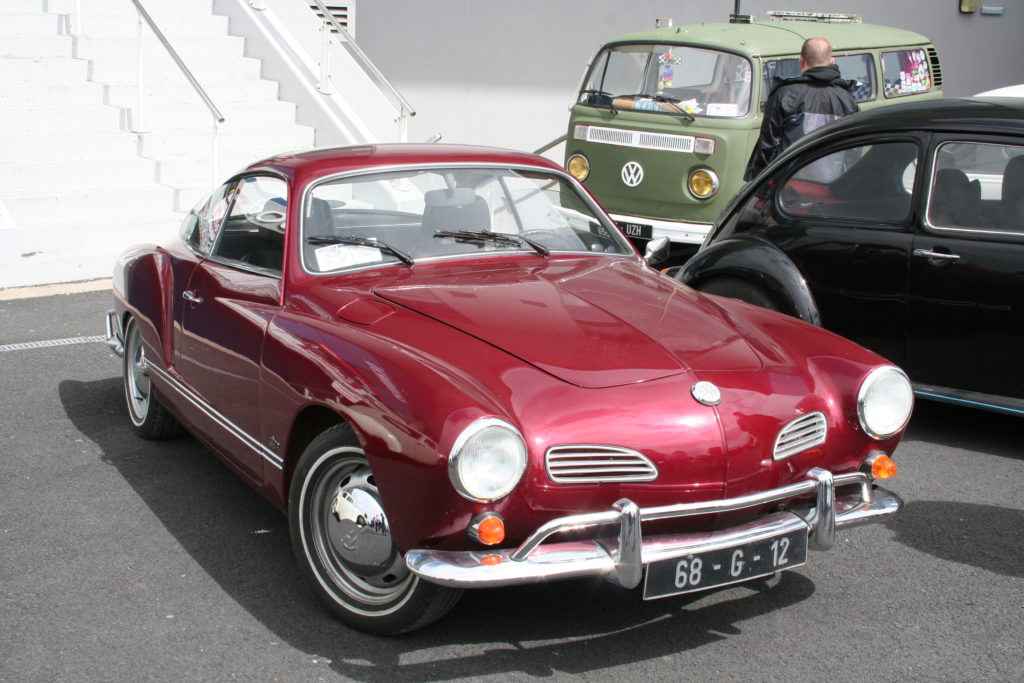 A fresh Karmann Ghia is always going to stand out from the crowd and that is exactly what happened when this Ghia parked up in the Volkswagen lineup during the 2015 Limerick Classic Car Show.

A LHD Karmann Ghia it looks like it may have been a US car originally but we are not 100% sure. At some point in its life it came to Ireland, probably the late 1980’s or very early 1990’s.

Apart from the position of the steering wheel, the US spec towel rail bumpers are another giveaway as to its origins.

We love the fact that the owner replaced the tyres with thin band whitewalls which would have been fitted to it and many cars in the US at that time. These are not cheap tyres to source so hats off to the owner for going that extra mile. While we’re on the subject of tyres, the owner has also fitted wider steel rims on the rear and are a very subtle modification. They may look stock but are wide enough to give that meatier look to the rear of the car.

UPDATE 31-12-19 from Louis Burke: This was my dad’s car.  After this show in Limerick he drove it home and parked it in the drive, instead of the shed as he usually would. When he looked out the window later that eve it was on fire. Unfortunately it was very badly damaged so he sold it to someone who hoped to restore it.