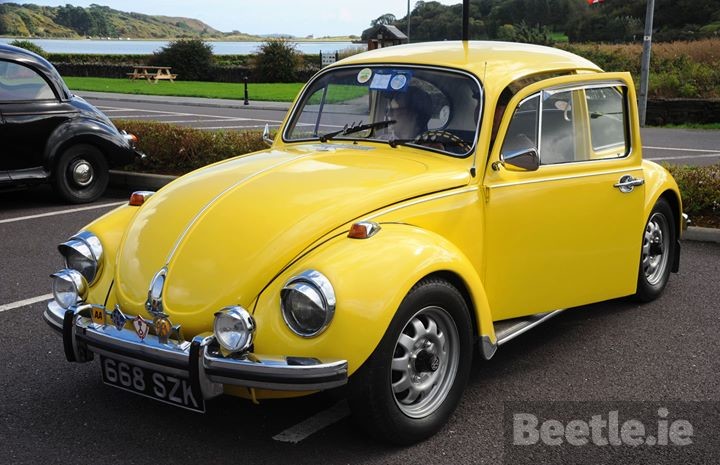 668 SZK has been around for a long long time. In fact, I remember seeing it for the first time at the Beetles reunion in Limerick back in 1992. It looked exactly as it did when Roger O’Sullivan took these photos at the Bandon Charity Run which was held on October 3rd 2010

I’m not sure what country the 1302 was sold in first but I vaguely recall someone saying back in 1992 that it was Germany. The 1302 looks to have been finished in Saturn Yellow (L13M) and it also wears a set of Marathon wheels as well as many other accessories such as bumper overriders, front and rear stone guards, VW logo mudflaps, engine lid vent cover, finger plates, spotlights and many more. It is so obviously someone’s pride & joy.

If Germany was the country of origin, then it was registered there on April 14th 1972 but we’re not sure if it made its way directly to these shores or whether that was via another country but what we do know is that it was registered in Cork with its current registration 668 SZK in October 1985.

Fred Dean also submitted a photo of 668 SZK that he took at the Innishannon Steam and Vintage Rally in 2019. It’s great to see this Beetle still clocking up the mileage year after year and still being looked after so well. It’s a credit to its owner.

Thanks to Roger O’Sullivan and Fred Dean for submitting these photos. We very much appreciate your contributions.