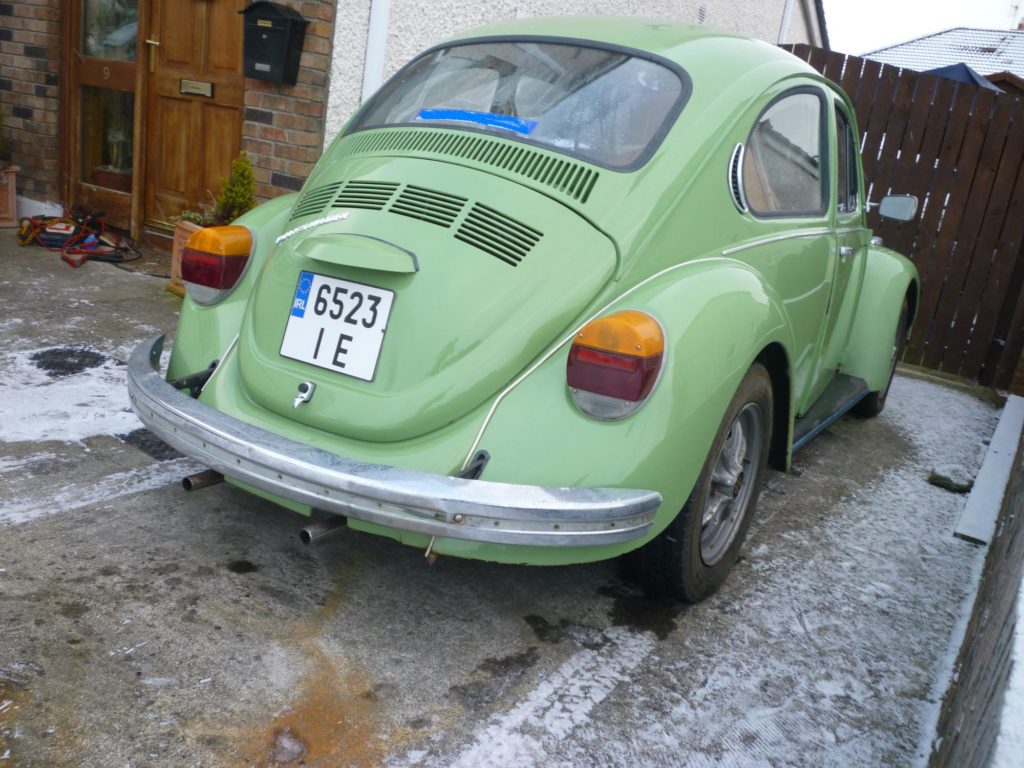 This 1977 1200 Beetle was last seen in Navan, County Meath. It was owned by one fo the members of Eircooled VW Club. With an Oval Window Beetle and a Bay Window in his driveway, the Beetle was the first casualty when it came to thinning out the herd.

Assembled in MDL in August 1977, the 1200 Beetle Deluxe was sent to Western Garages in Ennis to be sold. Although it may look like Manila Green (L63Y), this Beetle started life in Panama Brown (L12A)  but at some point it was the inside of a paint booth and was painted the colour you see here. The Beetle was registered to its first owner in Clare in mid August of ’77.