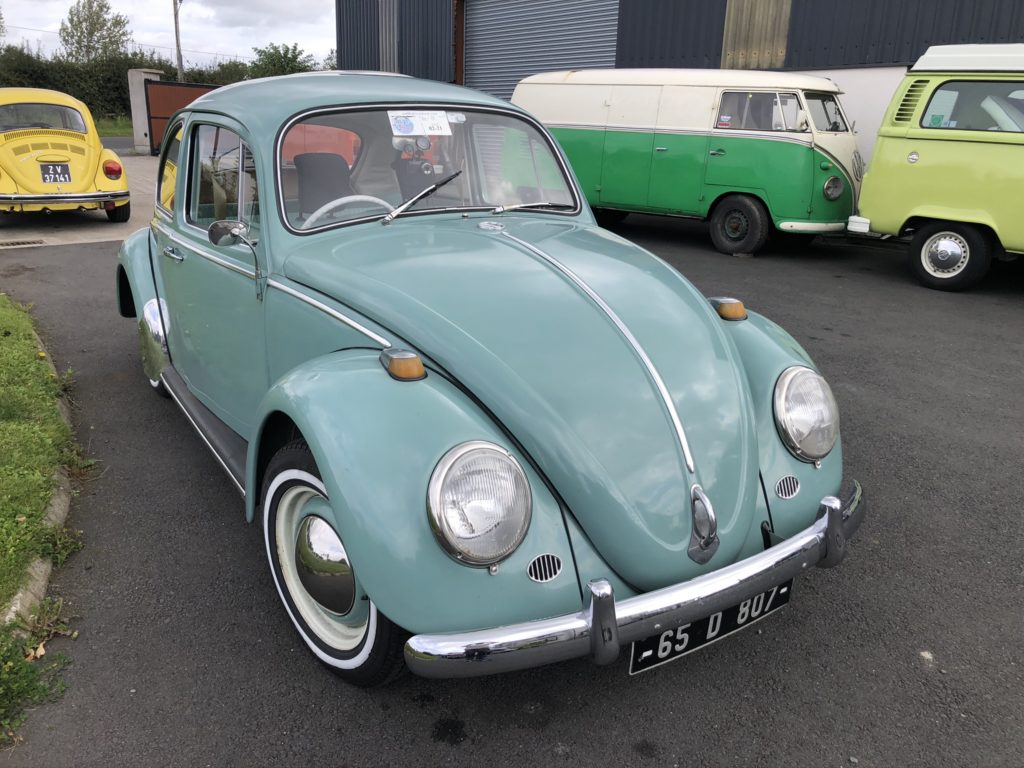 If you’ve seen and read about Declan Langton’s first Beetle from 1980 (2520 ZC)  then you’ll know that this is his current Beetle. 36 years after his first Beetle Declan is back behind the wheel of a Beetle but this is no trailer queen. Far from it in fact as Declan and his wife plan on travelling the Wild Atlantic Way in their new Beetle. Now that Declan has just retired he hopes to put up plenty of miles behind the wheel of this stunning 1965 Beetle. These photographs were taken in VW Spares in Kildare where Declan’s Beetle was been given a final check over before he hit the Wild Atlantic Way.

First registered in the UK in July 1965, Declan’s Beetle found its way over to Ireland in the early 1990s, in fact, you can see one of the photos that I took of this very Beetle at one of the first Kilcommon Festivals in the early 1990s so it’s been in Ireland longer than it was in the UK.