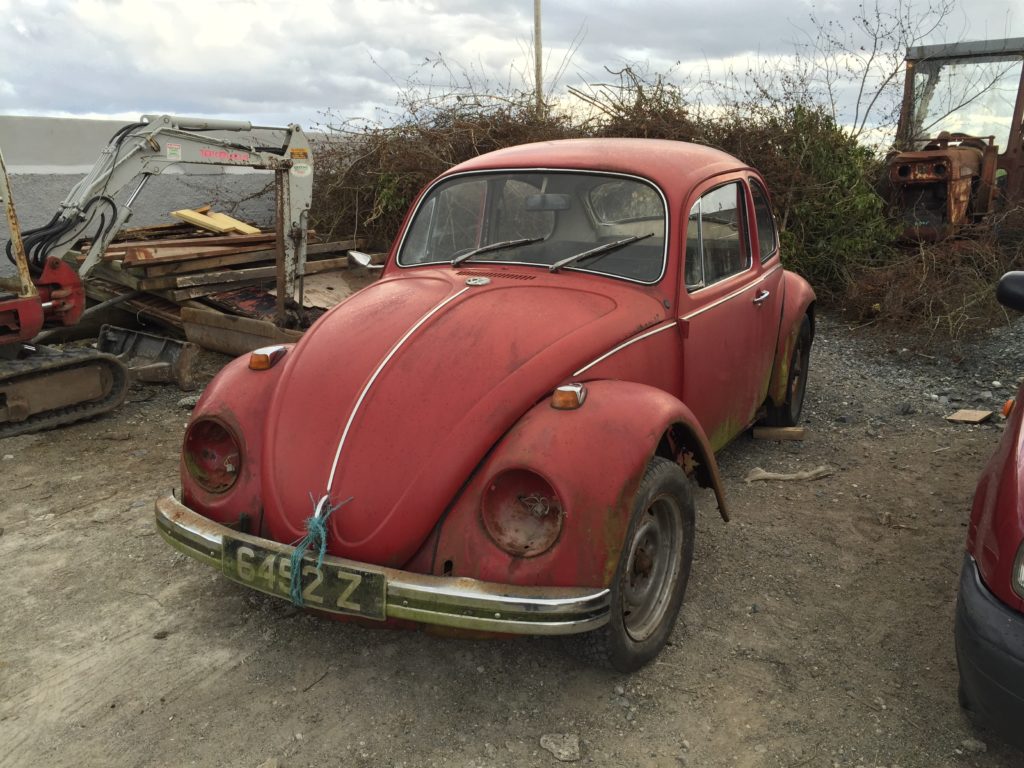 This early 1971 Beetle has Volkswagen Distributors, Dublin as the first owner on the logbook. Usually that means it was a staff car, a lease car or a demo but our files have shown that this was a lease car.

12 months later in May 1972, it was sold to its second owner in Cappamore, County Limerick. The new owner, Paddy, kept the Beetle for over 30 years and used it as his ‘good car’. You see, Paddy had tow identical Beetles, both wearing the same number plate, or so the story goes. This Beetle was kept in the garage and used for weekend activities like going to mass or GAA matches while the workhorse did just as the name might suggest. It was battered to within an inch of its life working on the farm as tractor and tow vehicle and general dogsbody. That’s not to say that this Beetle escaped injury as you can see form the damage, when Paddy was putting his ‘good Beetle’ back in the shed for the week he managed to give it a clobber or two!

When Paddy died a local VW enthusiast who knew Paddy got both Beetles, scrapped the workhorse as it was only good for parts and offered the ‘good Beetle’ for sale. It was bought and put into storage in Roscrea for a few years but nothing happened due to works on other projects. Thankfully neither of these people registered the Beetle in their name so when I bought it in May 2015, exactly 44 years to the month when it was first registered, I was only the 3rd owner.

This Beetle is waiting its turn for a restoration back to original condition. Thanks to my friend Graham for allowing me to store it in his barn. It’s very much appreciated.