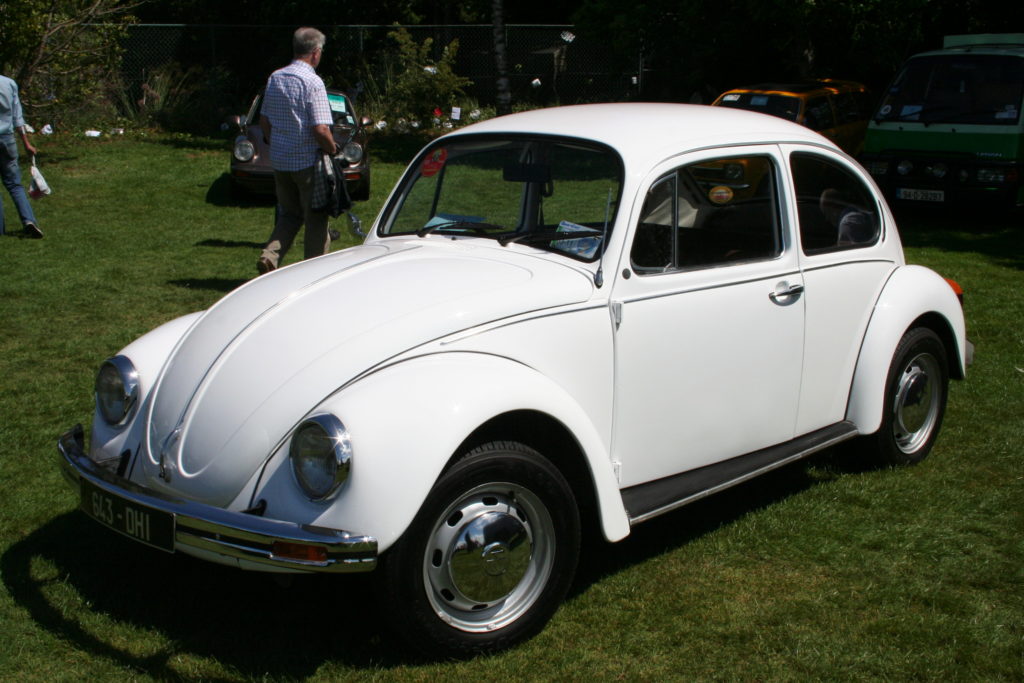 By the time this Beetle was rolling off the assembly line in Dublin, production was being wound down for good meaning Beetle production was coming to an end in Ireland after 27 years.

This 1200 Beetle Deluxe was painted Polar White (L90A) and sent off to Tipperary to be sold. Its first owner was in Tipperary South Riding hence the ‘HI’ registration. There is a massive blank in the history file, well, from our side anyway, from October 6th 1977 when it was first registered to when we saw it at the 2010 Terenure Show which was held on July 4th that year. What we can see is that this Beetle has survived the Irish weather and roads thanks to some careful and loving owners who have spared no expense in getting it to the condition you see here. It was so nice, and almost unusual, to see an unmodified Beetle in the showgrounds.

All Beetles are becoming rare but 1977 Beetles are fast becoming the hot ticket items to add to your collection now as they represent the end of an era, the last off the line for Irish assembled Beetles. The problem now is that very few look as good an original as 643 DHI and that’s down to rust which has eaten away at most of them and the scrappage scheme that wiped out some great old VWs back in the 1990s.

Moral of the story is that if you see a late Beetle, grab it while you can!