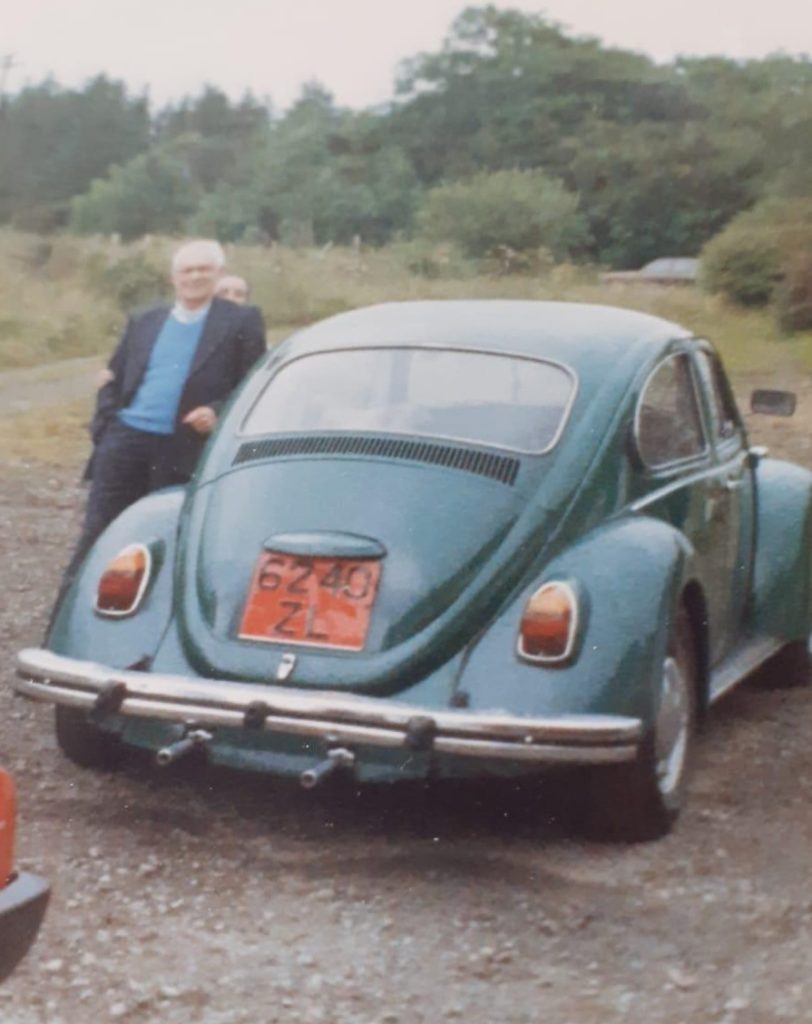 “A dad from school approached me today as I had the Bug out for a spin. He said his dad had a Beetle for many years and he sent me on a few pictures. Is it still alive? What model is this? He reckons these pictures were taken some time between 1988 and 1990.”
What we can see Mark is that the last time this Beetle changed owners was in February 1997 which is never a good sign as it has not been taxed since. Mark was later able to confirm after speaking with that man again, that it was sold to a scrapyard in 1997 despite being in good condition which is a shame. Thanks for taking the time to submit this Beetle to the Beetle.ie Census Mark. Much appreciated.