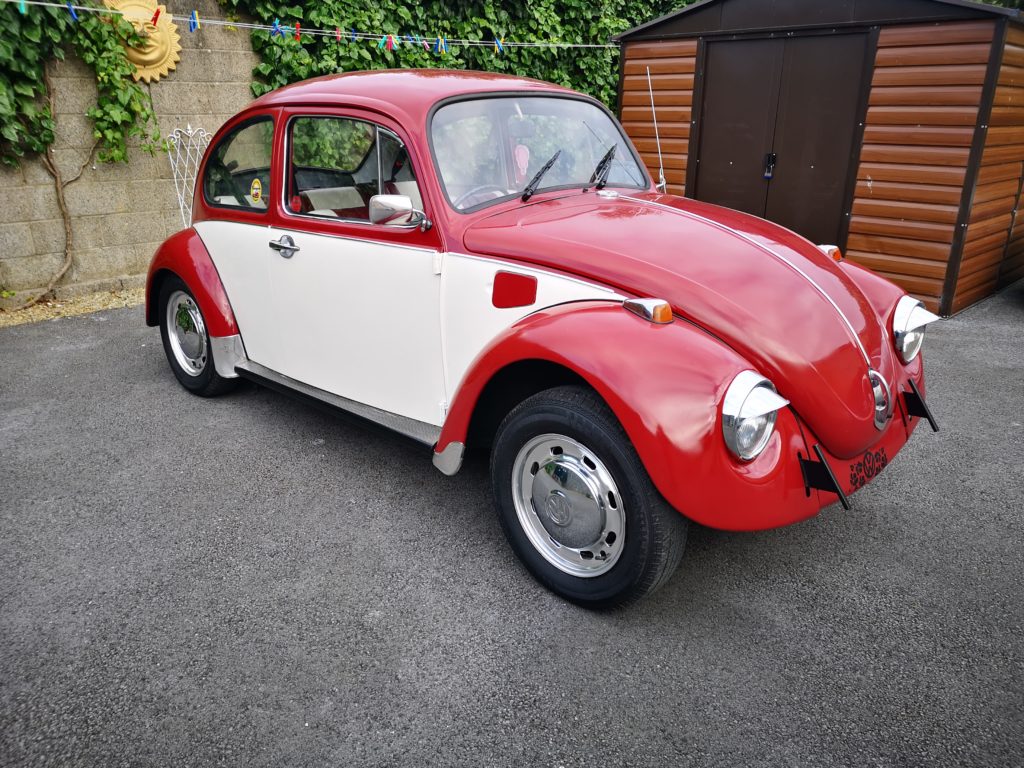 I have just taken this 1973 Beetle into my life and I’m looking for more info. The Beetle is now in Cahir, County Tipperary.

Beetle.ie: Hi David. Thanks for getting in touch. From our records we can see that your 1300 Beetle Deluxe was originally finished in Gentian Blue (L51B). It was assembled in Dublin in December 1972 and assigned to VW Leasing. Your Beetle was registered to VW Leasing on January 21st 1973. The original 1300cc engine has been replaced with a 1200cc engine. Maybe if anyone recognises this Beetle, they might get in touch and we will pass on all information to David so he can piece together the history of his new 1973 Volkswagen Beetle. We hope this helps. Cathal

UPDATE 28-07-2020: Emilio from Emilio’s Beetles has been in touch with some excellent background information on David’s new Beetle as well as a photo of it from 1995 when it was green. “This Beetle was bought by us here at Emilio’s Beetles in 1994. It was in poor condition so it was restored getting new front and rear complete quarter panels, new floors, heater channels etc and painted in Opel metallic green and went to its new owner in Tuam County Galway. Approx 5 years later it was bought on behalf of Walt Disney promotions, along with 815 VZU and another Beetle and the trio formed A Bug’s Life movie promotional cars at the time. It was sold along with the other two cars once they had served their purpose. It went to County Meath for a few years, then it lived in Kildare before going to Limerick and here it is now, living in County Tipperary. Its amazing how a little Beetle that was sold for scrap to us back in the early nineties for £100 punts still lives on to this very day. Hopefully this Beetle will give its new owners pleasure for many years to come.”

Thanks Emilio for the information. We think we may also have a photo of the Beetles in their A Bug’s Life movie guise in our archives. We’ll do our best to dig them out for you David.