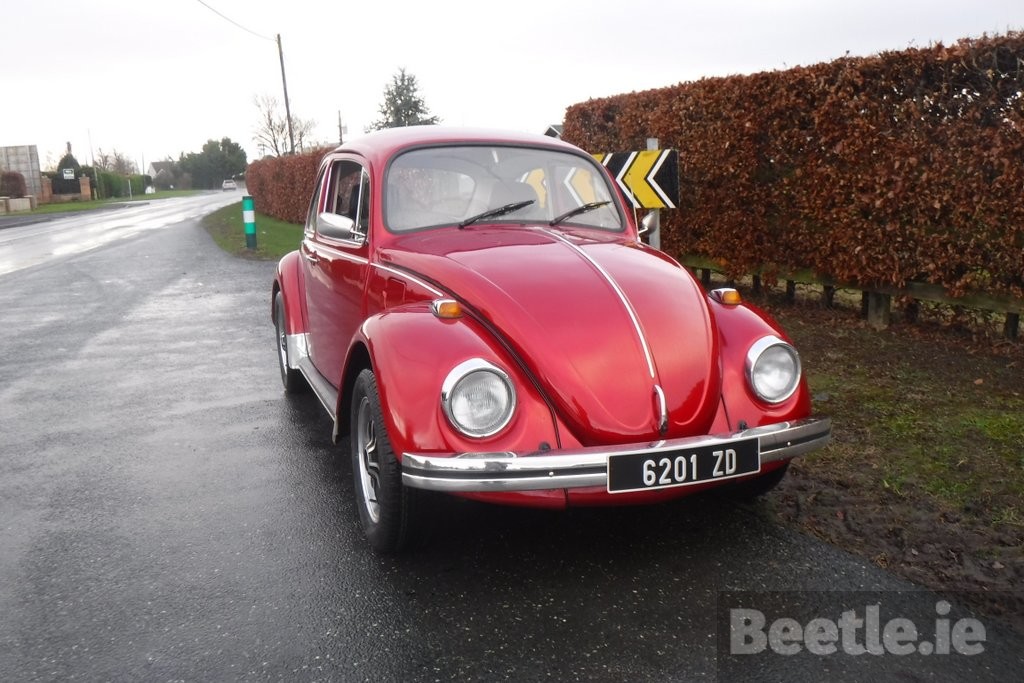 This Beetle was built at the MDL plant in the Spring of 1972 as a Toga White (L90C ) 1300cc Beetle Deluxe. It then made the short journey to Larkin & Matthews in Swords where its first owner picked it up after it had been registered with a ZD registration on Monday June 12th 1972.

Back in the 1990s it was restored by Emilio’s Beetles and was pressed into service as a daily driver until the middle of 2003 when it was taken off the road. Later, after a number of years of retirement, Emilio bought this Beetle back and it was fully restored in 2019 and received a more powerful 1600cc engine and of course, the most obvious change being the colour change to an eye catching metallic red.

6201ZD now calls Cork home these days and looks set to continue on for many years to come.