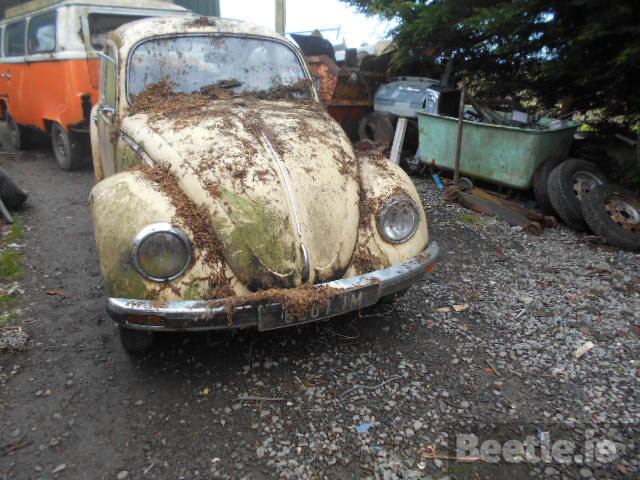 It’s not often that we bring you such in depth restoration photos but when you see the condition this Beetle was in before its restoration and then compare that to the shining VW it is now you’ll understand why.

This 1977 1200 Beetle Deluxe was assembled in MDL’s Dublin assembly plant before being sent to Galway at the start of September 1977, Bannerton’s Volkswagen dealership in Ballinasloe to be exact. It was sold to its first owner who lived close to Ballinasloe in October 1977. No doubt this owner was very happy to be able to get one of the last Beetles off the Irish assembly line as demand was very high for the last new Beetles.

Leaving the factory in September, this Volkswagen Deluxe left in its fresh coat of Dakota Beige (L13A), had a full compliment of chrome and was powered by a 1200cc engine, the same engine powers this Beetle today.

Emilio’s Beetles in Kildare (www.emiliosbeetles.com) have just recently completed the top to toe restoration of this Irish assembled Beetle. Emilio tells us that “This Beetle has had the same owner for over the last 30 years in Moate, County Westmeath. He is the second owner and used it as his daily driver. Being a farmer the owner used his Beetle all day every day so it had a hard life. 6201 IM was taken off the road in 2000 and since then it fell into disrepair but the same owner decided to have his trusty Beetle restored. It’s now back in Moate and is being used again.”