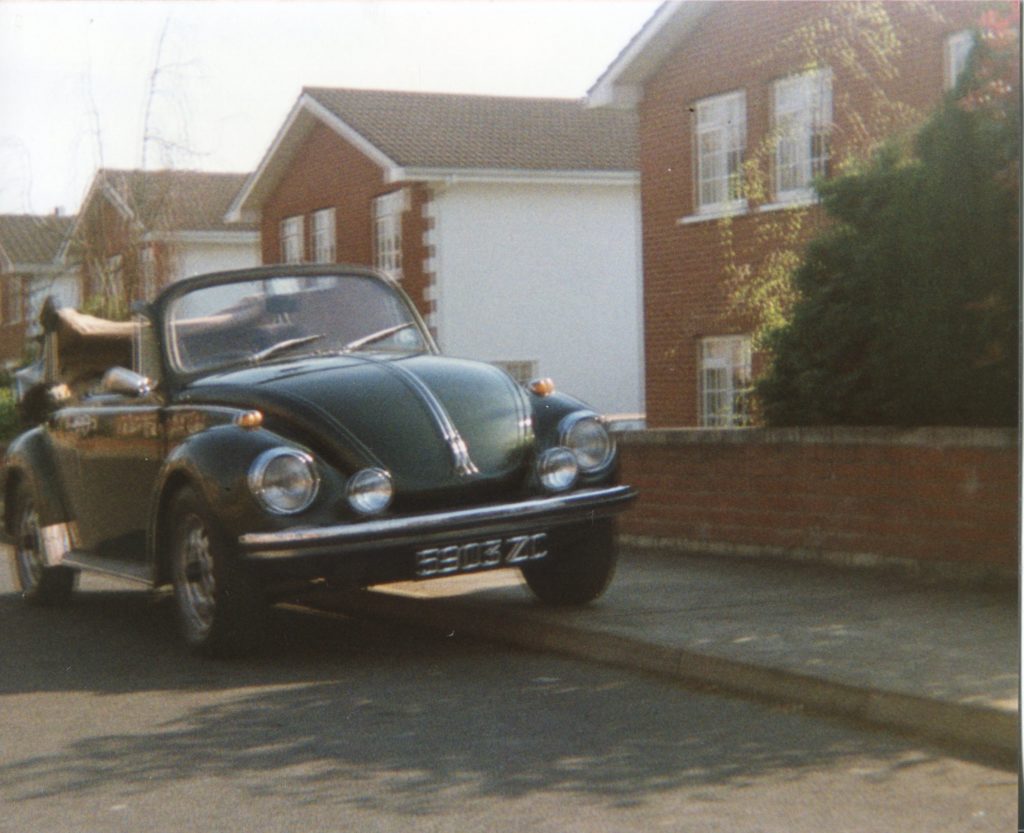 5903 ZC was, and still may well be but it hasn’t been seen in a long time, a 1302LS that was built in Belgium and brought in by MDL in January 1972 as a fully built Beetle. It was sent to Larkin & Matthews in Swords where it was sold in April of that year. This was top of the range in the Beetle lineup with its 1600cc engine, brake warning light on the dashboard, reverse lights, radio, disc brakes up front and metallic paint which in this case was Gemini Blue Metallic (L96E) and impact strips on the bumpers.

At some point in the late 1980s or early 1990s it was restored, painted metallic green and the most dramatic change happened, the roof was removed. Although not a very popular modification to do to any Beetle, this conversion to a soft top Beetle was done quite well and by keeping it stock, other than the colour, it didn’t initially look like a homemade cabrio.

The photo was taken in Limerick in June 1990 after this 1302LS was valeted. .It was owned by a collector who bought it after he retired from the bank and it was his pride and joy. Despite having not been a factory cabrio there was very little in the way of scuttle shudder which was thanks to the extra bracing welded in during the conversion.

The Marathon Beetle wheels, highback seats, spotlights and extra chrome trim were just some of the extras seen on this Beetle. I wonder where it is now as it hasn’t been seen since the mid 1990s?