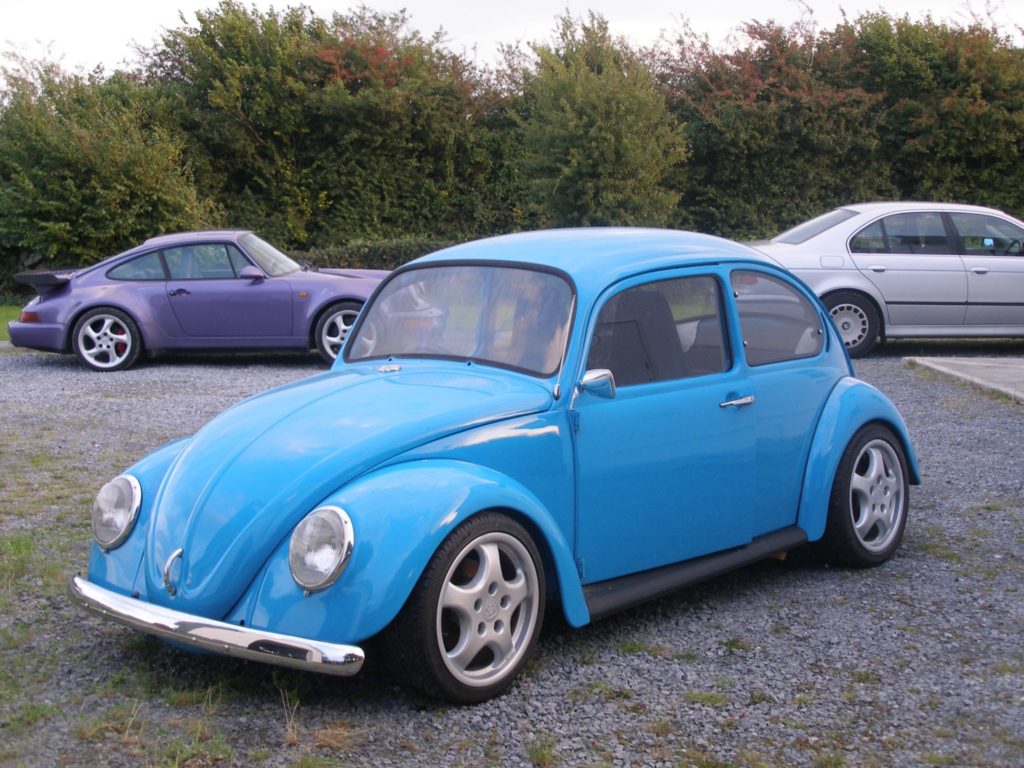 This 1977 Cork registered beetle is very special indeed. Restored and modified in Cork back the early 1990’s, it featured lowered suspension, Porsche brakes all round, a tough Type 4 motor with upright Porsche cooling, elcetric window, Porsche seats, clocks and steering wheel as well as Porsche wheels on each corner. The crowning glory was a Porsche 5 speed gearbox mated to a locking Gene Berg Shifter. Check out the spec below to get a feel for what this German Look Beetle was like!

The transformation from a late 70’s car to a 60’s looking German Look was made possible by adding fibreglass 6 volt wings, long bonnet and an EMPI fibreglass vented engine lid and blade bumpers.

It was painted Porsche Blue and sold on as an unfinished project. It went through a number of owners before finding a home with Graham Cullen in Tipp who added a metallic grey wrap, Ireland’s first one piece wrap on a Beetle. Graham recommissioned the Beetle which now runs a 1600cc engine and covered many (fast) miles behind the wheel. Moving on to camper ownership and having a Trekker to play with the Porsche Beetle was sold on too a new owner in Dublin.

Spec as it was with the Type 4 motor in place: