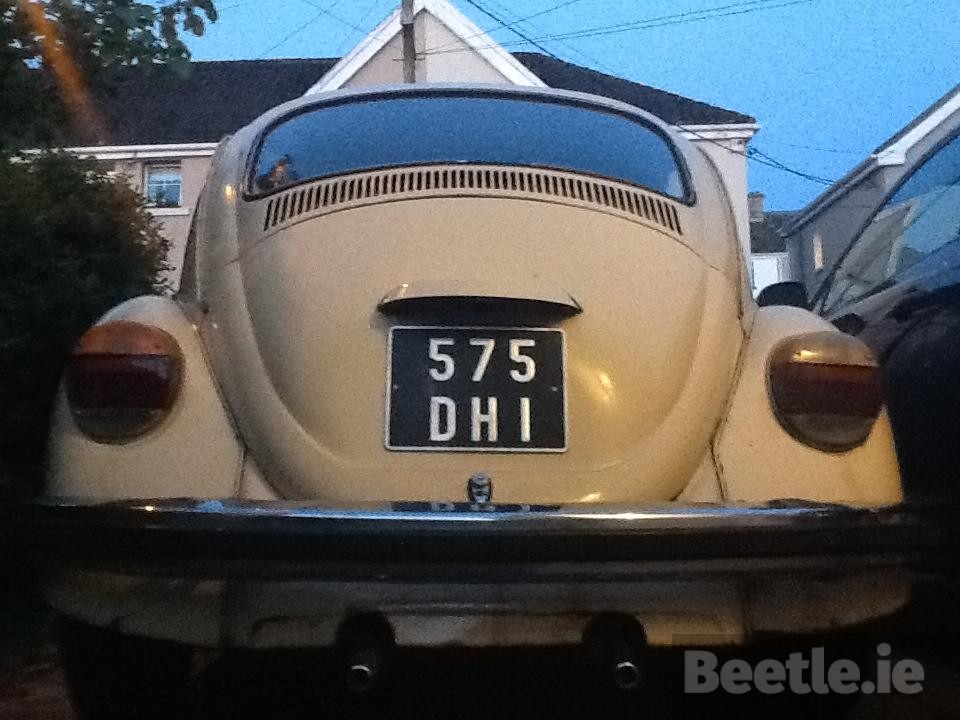 This particular entry dates back a number of years so we’re hoping that the then owner, Don, still owns his Beetle and maybe even has it back on the road. Don’s Beetle was assembled in Dublin as a 1200 Beetle Deluxe, so had a full headliner, throughflow ventilation system and chrome bumpers and hubcaps. It was painted Dakota Beige (L13A) before being sent to Frank Hogan’s VW Dealership in Limerick City where it was sold from. The Beetle was registered on September 2nd 1977 to its first owner who was living in Tipperary South hence the ‘HI’ registration and as Don notes below, it then made its way to Shannon.
“I’m Don from Limerick, currently getting my ’77 Beetle on the road. It’s actually my first car! As for history, It was owned by a woman from Shannon for most of it’s working life before being sold to someone else who owned it for about two years and then they sold it to my dad, who then gave it to me as a present! (Thanks Dad!)

The brakes aren’t working but she’s mechanically sound otherwise. There’s quite a few small enough bits to be done body-wise like the spare wheel well which has a hole in it. There’s a hole under the rear passenger side window, door on that side needs replacing, fuel filling recess looks bodged up with filler and of course, some other small cosmetic bits. I’m keeping her dead stock (though I do want to drop the front an inch or so).
The Da & I have been working on his 1972 Cali import Westie after a small electrical fire in the dash (possibly because somebody pulled the old tinfoil-on-the-fuse trick on a lead from the coil) but that’s back on the road so should have mine on the road before too long. Have a red 1974 Beetle for spares too, but I haven’t even seen that one…”