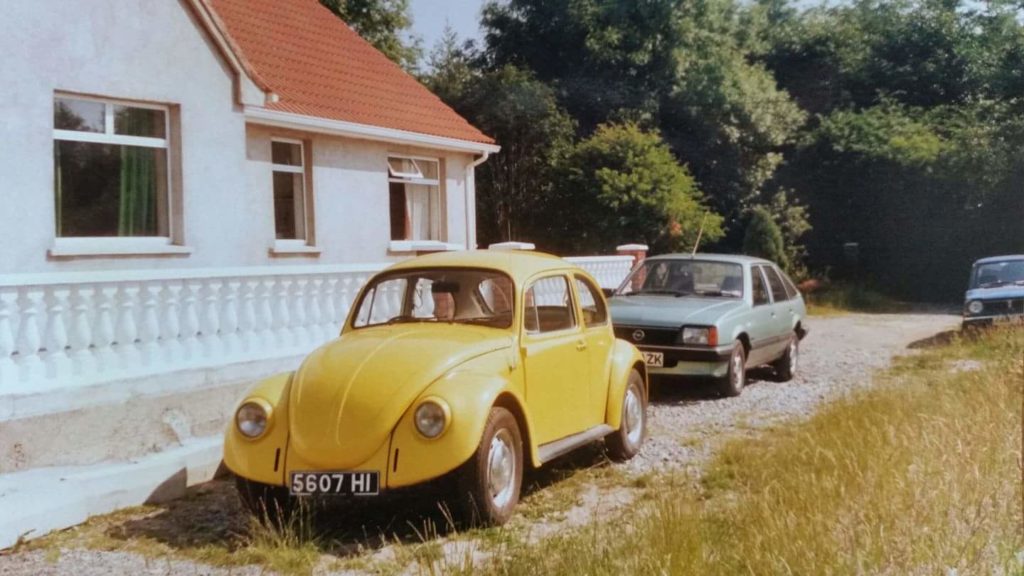 This is a funny one for us as we cannot identify whether this is an Anniversary Beetle or not. It certainly looks like one with its Texas Yellow paint and the fact that it had a heated rear window. The owner tells us that this was probably an Anniversary but without the chassis number we cannot confirm.

It’s a mid 1974 Tipperary South registration so with the Anniversary Beetles being assembled in 1972 this may well have been an Anniversary Beetle that was imported in 1974. It’s only guesswork on this one we’re afraid but we want to say thanks to Eddie for sharing the photos and information on his first Beetle. Eddie is still very much a Beetle fan, owning an amazing Resto-Cal styled Ragtop Beetle with a potent motor out the back. His son also has the Beetle bug so to speak as he has recently bought an Oval Window Beetle. Both father & son Beetles will be uploaded very soon to the Beetle.ie Census